Small-cap companies -- generally defined as companies with market caps from $300 million to $2 billion -- are typically at earlier stages of growth compared to their larger peers. They tend to have less resources in many respects and are often prone to share-price volatility. But they are also often great starting points if you're looking for stock investments capable of delivering big returns.

Read on for a look at three promising small-cap stocks you won't want to miss out on.

Himax Technologies (NASDAQ:HIMX) is a small-cap semiconductor company with a market capitalization of roughly $600 million. The chip designer currently generates the majority of its revenue from display-driver circuits that regulate colors displayed by pixels on televisions and mobile screens, but it has some intriguing growth avenues in other fields of the imaging and display markets. 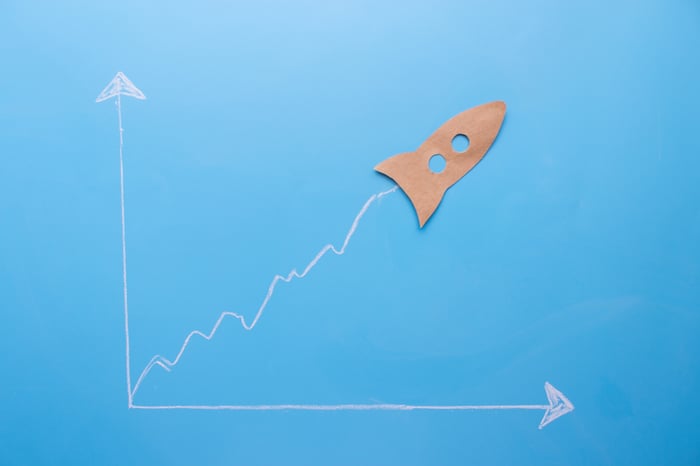 Himax is pursuing growth projects in categories including augmented reality, virtual reality, and machine vision, and the stock could soar if the business manages to score wins in products that advance these influential tech movements.

The company came into 2020 with a depressed valuation, but its valuation has gained substantial ground in this year's trading thanks to the potential for a rebound in display driver sales and new growth avenues in other product categories. 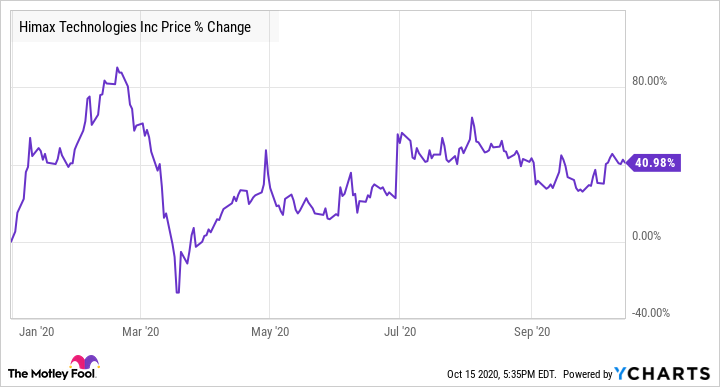 While the company's share price has seen double-digit gains in 2020, shares are still down roughly 66% over the last three years.

The preliminary third-quarter results that Himax released early in October showed a 46% year-over-year sales increase and momentum across its major product segments. The company's share price has seen significant momentum following the preliminary Q3 results, but the stock still presents an attractive upside at current prices.

Small-cap semiconductor companies can see huge share price gains if they manage to score new design wins in long-term growth categories. The flip side of that dynamic is that they can post big stock declines if business stagnates or key sources of revenue are lost. Unfortunately for Impinj (NASDAQ:PI), the second part of that dynamic has been dominant recently, but the temporary hurdles facing the business could present opportunities for investors.

Impinj is valued at roughly $670 million and has plenty of growth potential, but its stock is under pressure due to some setbacks. The company's shares trade down 21% from their 52-week high and nearly 50% from the lifetime high that they hit a few years ago.

Impinj makes radio-frequency-identification (RFID) tags, sensors, and software. The RFID tags are small, durable, and inexpensive. They're also capable of being updated with new information.

These qualities were helping the products start to gain ground in the retail space, where they can function like a much more versatile and advanced version of the barcode system, one that paves the way for retail goods to generate valuable data that can be tracked and analyzed. The airline industry was another source of growth, with RFID tags allowing airlines and passengers to keep better track of baggage.

If alarm bells started going off in your head after reading "retail" and "airlines" were important growth industries for the company, though, that's perfectly reasonable. Coronavirus-related headwinds in these important markets prompted Impinj's sales to fall nearly 31% in the second quarter.

However, taking a longer view suggests that Impinj has a good chance of bouncing back -- and that its stock has plenty of upside. Prior to the adverse virus impact, the RFID specialist managed to grow sales 24.6% year over year in fiscal 2019 and 44.6% in the first quarter of this year. The company will likely return to posting significant sales growth, and it has huge potential for expansion over the long term.

3. Zuora: Cashing in on the move to a subscription economy

The shift from one-time product or license sales to subscription-based models has been one of the most influential and profitable business trends of the last decade. When successfully implemented, recurring revenue streams make businesses more predictable and also more profitable over the long haul. A general migration of commerce to the digital sphere has also helped speed the rise of subscription-based businesses.

Zuora (NYSE:ZUO) provides software services that allow businesses to easily implement and scale subscription-based businesses. Given the company's focus on allowing businesses to structure themselves around recurring-revenue streams, it might not come as much of a surprise that Zuora itself sells its services on a subscription model.

As influential as the growth of the subscription economy has been, the overall transformative impact of this shift remains at an early stage. When economic challenges hit and uncertainty is on the horizon, businesses tend to pull back on growth initiatives and be become more hesitant -- and that includes decisions to implement new software systems or move into new markets. This has made it more difficult for Zuora to bring new customers on board, but momentum should bounce back.

In a year in which many growth-dependent tech stocks have posted surprisingly strong performance, Zuora's stock has lost roughly 24% of its value year-to-date. The company has a market capitalization of roughly $1.3 billion and trades at about 4.3 times this year's expected sales, though -- a non-prohibitive valuation that leaves plenty of room for growth.