Investing guru Warren Buffett once said, "We simply attempt to be fearful when others are greedy and to be greedy only when others are fearful." In the context of Aurora Cannabis' (NYSE:ACB) fall from grace, many investors are now applying Buffett's principle and wondering if they should buy the stock on its dip.

In the past two years, Aurora invested in facilities that would bring its total cannabis production capacity to over 625,000 kilograms (kg) per year to capitalize on the drug's legalization in Canada. Unfortunately, it turns out Canadian consumers never needed that much cannabis from Aurora. The business sold just 16,748 kg of marijuana in Q4 2020. As a result, shareholders began to abandon ship.

It's important for investors to remember that Buffett's premise is only foolproof when buying a great company at a reasonable price -- not buying a bad company on the cheap. Aurora could one of the companies in the latter category. Today, let's look at why Aurora is not a great investing option for the long term despite its potential near-term trading rebound. 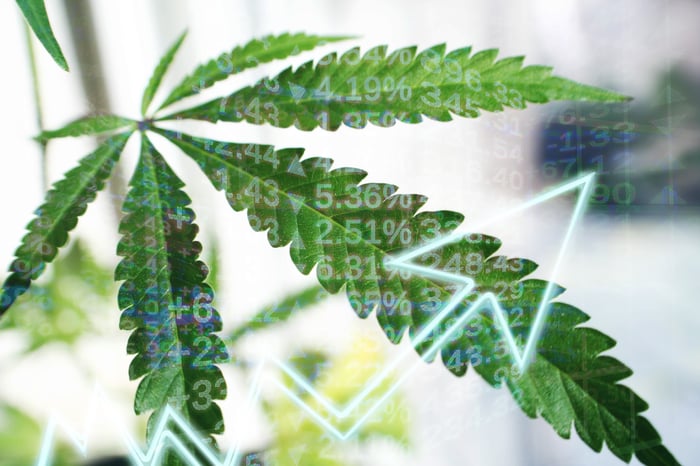 Due to an oversupply of marijuana in Canada, Aurora's cannabis flowers' net selling price declined by about 30% year over year during Q4 2020. Right now, the company sells 37% of the 44,406 kg of cannabis it harvests. The failure of correctly estimating supply and demand dynamics has led Aurora to a 1.6 billion Canadian dollar writedown of its production facilities and acquired companies, while still holding onto inventory worth CA$139 million. This has definitely not been a good year for Aurora, as its stock price is down more than 83% year to date, turning an investment of $5,000 in January into a meager $850 as of Oct. 15.

Can Aurora turn things around?

Despite all the bad news surrounding the company, during its last earnings call, Aurora's management said the company is on track to achieve profitability by the second quarter of 2021. The path to that goal, however, has significant hurdles.

First of all, the profitability alluded to during the earnings call is only in terms of operating income less certain non-cash items such as depreciation and impairments, called earnings before interest, taxes, depreciation, and amortization (EBITDA). When a business purchases an asset, its market value goes down over time due to wear and tear. The property's decline is reported as a loss in accounting terms, despite receiving no actual negative cash flow from the adjustment. (Depreciation cost is an especially important measurement for pot companies, whose plant products come with expiration dates.) Even after adding depreciation and impairments back to its operating income, however, the company still has financial expenses to account for before it can become profitable.

If that isn't confusing enough, Aurora's profitability target is further convoluted by adjustments to its EBITDA. For example, in the past year, Aurora issued CA$59.9 million in share-based compensation to executives and employees, while its share price has declined by nearly 90%. That expense is part of Aurora's EBITDA adjustment, despite making the stock 10% more expensive (on a market cap basis) via dilutions.

If we were to remove all the excessive adjustments from Aurora's calculations, such as share-based compensation, financial losses, and restructuring expenses, the company's EBITDA loss in the fourth quarter of 2020 stood at CA$59.74 million, representing no significant improvement from its EBITDA loss of CA$73.55 million in Q4 2019.

As a result, it is likely that Aurora will have to wait a while longer to become EBITDA positive. Some analysts project that it could be as many as three years from now when Aurora finally achieves positive EBITDA. That's a problematic timeline, because the company only has CA$165 million worth of cash and investments on hand to offset CA$531.25 million in debt and convertibles. When a company runs out of cash and wants to continue its operations, it has few choices but to sell more stock to investors.

In the first half of 2020 alone, Aurora's shares outstanding increased by approximately 21 million to 111.09 million. Given Aurora's poor financial performance, investors should expect more dilution coming their way before a meaningful turnaround happens.

Stock prices rarely move linearly. Right now, Aurora is only trading for 2 times price to sales (P/S) and 0.3 times its book value (P/B). Even with goodwill removed from its shareholder's equity calculation, the company still has a quarterly book value of CA$1.5 billion compared to a market cap of $526 million. Over the past two weeks, the amount of Aurora stock sold short accounts for between 19% and 29% of its trading volume. All of this indicates that Aurora's share price is low and may see a brief recovery in the near future.

But over the long term, investors should not plan to hold on to Aurora stock. The company is struggling to cut losses, engaged in a hyper-competitive marijuana market in Canada, dealing with inadequate capitalization, and continues to dilute of new investors. For those who are interested in marijuana stocks, there are plenty of companies in the burgeoning sector without the same financial woes as Aurora.