The stock market has, overall, been on a tear this year. Despite a recession, a pandemic, and a contentious presidential election, investors have been very optimistic, pushing the S&P 500 up 8.7% so far in 2020.

But many stocks have far outpaced the gains of the broader market, including Amazon.com (NASDAQ:AMZN). The e-commerce and cloud computing behemoth's shares have surged 86% year to date and the company has proved that, even in an unpredictable year, its services are more relevant than ever.

For investors looking for a stock that can continue growing while offering more stability than much smaller companies, Amazon is a fantastic choice. Here are just a few reasons why. 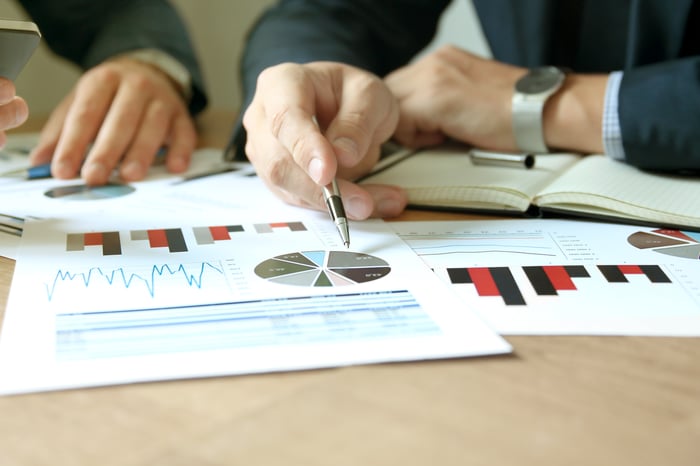 Amazon e-commerce is surging and there's no end in sight

Let's start with the obvious reason to invest in Amazon: e-commerce. The company was a no-brainer online retail stock buy before the pandemic, but it's even more so now. That's because consumers have shown that when they need daily necessities and can't (or won't) get them from a physical store, Amazon is their choice.

Amazon's North American sales spiked 43% in the second quarter as social distancing was recommended and lockdowns were still underway, but investors shouldn't think that jump in demand is a one-off event. E-commerce sales have been slowly taking more market share away from in-person retail sales, and the current pandemic is speeding up the trend. E-commerce now accounts for 16% of U.S. retail sales, up from about 10% just two years ago.

Not only does this data show that e-commerce is growing fast, but it also indicates that online retail still has a lot of growth ahead that Amazon can tap into. The company has expanded its lucrative Prime member base to 150 million subscribers, up 50% from just two years ago, and as e-commerce becomes more widespread, Amazon is sure to capitalize on its growth.

If Amazon were just an e-commerce powerhouse, it would still be a top stock to buy, but the fact that it's also a leader in cloud computing should make it even more appealing. The company's Amazon Web Services (AWS) provides everything from web hosting to artificial intelligence services for developers and companies -- and it's the runaway leader in the cloud infrastructure space. AWS currently holds 33% of the market and far outpaces its closest competitor, Microsoft's Azure, which has just an 18% share.

The broad public cloud computing services market will reach an estimated $500 billion market size by 2023, and with Amazon's current lead, there's no doubt the company will benefit immensely from it.

Not only is Amazon's cloud computing opportunity important because of the massive market size, but also because AWS is its most lucrative business. Consider that the company's second-quarter North American e-commerce sales of $55.4 billion brought in $2.1 billion in operating income. Now contrast that with AWS' sales of $10.8 billion over the same period, but with $3.4 billion in operating income.

With AWS dominating the cloud computing infrastructure market and providing Amazon with far more profits than its e-commerce business, it's clear that AWS will continue to be a huge opportunity for Amazon in the coming years.

Amazon is a company is without comparison

It can be easy to overlook Amazon's long-term opportunities simply because it's not a new, flashy company. It's tempting for investors to get excited about small, fast-growing companies in new industries at the expense of realizing the potential of well-known businesses with entrenched advantages.

For example, it's nearly impossible for any of Amazon's competitors to overcome the company's lead in e-commerce. What other company in the U.S. sells its own branded products -- from bedsheets to smart speakers -- has its own video streaming service, brings thousands of third-party sellers together on one platform, and delivers products to customers using its own delivery service? No one. Additionally, Amazon is a leader in cloud computing, a market that sets it apart not just from its e-commerce rivals, but also from technology companies.

All of this points to a strong company with clear advantages over its competitors, and enough room in its prospective markets to keep growing for years to come.