In 1962, the Nobel Prize was awarded to Francis Crick and James Watson for their discoveries related to deoxyribonucleic acid (DNA), the genetic code that provides instructions to cells. Messenger ribonucleic acid (mRNA), the intermediate step between DNA and proteins, can be bound and degraded by nucleic acids, naturally or by design, which results in lower expression of proteins. In 2006, Andrew Fire and Craig Mello won the Nobel Prize for discovering how this RNA interference (RNAi) finds, and turns off, specific genes.

In March, pharma companies Alnylam (NASDAQ:ALNY) and Vir Biotechnology (NASDAQ:VIR) partnered to develop a vaccine using RNAi via an inhaled substance. The companies have been partners since a 2017 agreement allowed Vir to license a few drugs using Alnylam's RNA interference technology. Alnylam has two drugs on the market using RNAi technology, and Vir is one of the few biotechnology companies to focus on infectious diseases. This was evident in March when the tiny biotech signed a collaboration agreement with the National Institutes of Health and the Vaccine Research Center at the National Institute of Allergy and Infectious Diseases to develop antibodies that would fight coronaviruses. 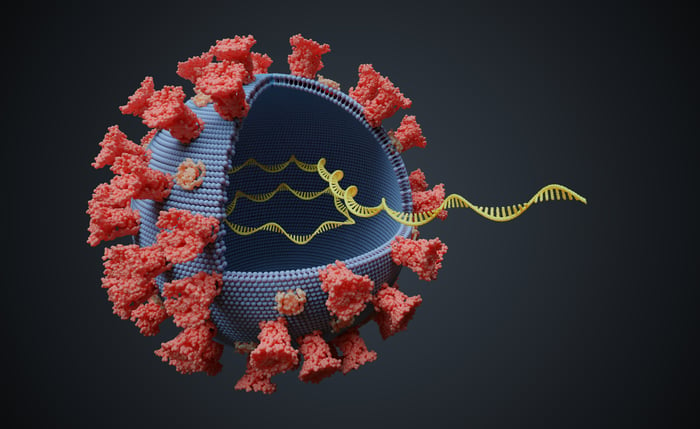 For the recent partnership, Alnylam designed and developed more than 350 molecules that target the coronavirus. These were analyzed by Vir to identify the ones most effective at reducing viral reproduction of the SARS-CoV-2 genome. The drug they chose was one designed to interfere with the genetic instructions that the coronavirus uses to replicate. The companies had hoped to meet with the U.S. Food and Drug Administration (FDA) to accelerate the timeline for this drug's development, but so far they have given no indication that has occurred. The agreement allows the partners to choose up to three more drug candidates for COVID-19 or other coronavirus-related diseases.

Early indications were positive. Numbers supplied by the companies suggest the drug may be more potent than Gilead's (NASDAQ:GILD) remdesivir, a treatment that made headlines earlier this month when the President of the United States was given several doses. Furthermore, the companies suggested the drug should be effective against 99.9% of the SARS-CoV-2 genomes available, meaning it would likely work on the genome from the 2003 SARS outbreak, as well.

In Alnylam's press release accompanying second-quarter earnings results, management confirmed a potential application for investigational new drug approval near the end of this year. This early-stage milestone would allow the transport of the drug across state lines without marketing approval so testing could begin to establish safety in humans. This target date was confirmed in a September presentation given by Vir management.

Prospects for the future

Alnylam already has two approved drugs using RNAi that will produce an estimated $466 million in annual revenue. In addition, the company has six late-stage programs -- both wholly owned and partnered -- that it plans to commercialize.

For its part, Vir has been investigating monoclonal antibodies and has teamed up with Biogen (NASDAQ:BIIB) WuXi Biologics, and Samsung for manufacturing. GlaxoSmithKline (NYSE:GSK) also recently took a $250 million stake in the company to help accelerate drug development. In fact, the September presentation listed four monoclonal antibody candidates with GlaxoSmithKline. These had phase 3 start dates ranging from this month through the second half of next year.

Given the dearth of news, other than the confirmation of pre-clinical targets several months out, neither management team appears to expect the collaboration to result in an approved vaccine anytime soon. Alnylam looks focused on its approved products and bringing its late-stage products to market. And although Vir Biotechnology generates no revenue from products, the company is manufacturing candidates from its antibody, T-cell, and RNAi platforms. In just the past week, the company recently demonstrated a therapeutic approach to treating viral infections using monoclonal antibodies. The approach -- previously reserved for cancers -- may have broader uses in fighting infectious diseases like COVID-19.

With the two companies seemingly on separate paths, Vir Biotechnology is clearly more invested in finding breakthroughs to vaccinate against or treat SARS-CoV-2. Vir's focus on infectious diseases, wide range of established partners, and large investment from an established drugmaker put the company in a great position to profit from the scientific community's quest to deal with a global pandemic.