The plane is tentatively scheduled to fly between New York and Miami in late December.

American Airlines Group (AAL -0.23%) is hoping to return the Boeing (BA -1.59%) 737 MAX to service before year's end, the clearest sign yet that airlines are expecting the plane to be cleared for takeoff in the months to come.

The 737 MAX has been grounded since March 2019 after a pair of fatal accidents, but Boeing has been working with Federal Aviation Administration officials and international regulators to get the plane recertified. 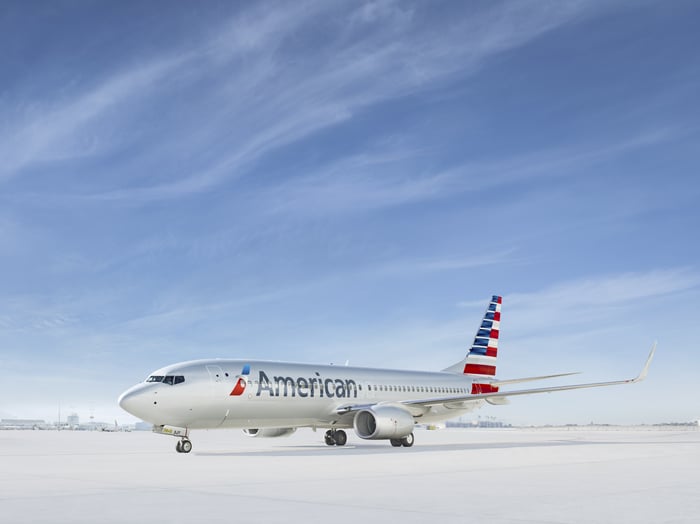 The process, after a series of missed internal Boeing deadlines, appears to be nearly complete, with a top European regulator indicating he believes the plane to be safe and FAA head Steve Dickson late last month telling reporters "we're in the homestretch" after performing a test flight.

Airlines have been pushing the 737 MAX's return with each new scheduled posted. But American now intends to put the 737 MAX on flights between Miami and New York's La Guardia Airport starting Dec. 29.

American cautioned that its plans regarding the 737 MAX "remain highly dependent on the FAA's recertification process." But the airline was one of the most affected by the grounding. It has 24 of the 737 MAX planes in its fleet and orders for 76 more.

The Miami/New York flight is the most firm plan we have for a 737 MAX return to service.

Among other U.S. 737 MAX operators, Southwest Airlines (LUV -1.28%) is unlikely to fly the plane for a few months after recertification, so not until at least early 2021, and United Airlines Holdings (UAL -2.27%) has not yet provided a timetable for a return to service.