Investing isn't always easy. At least, investing in a way that gives you a good shot at achieving your financial goals isn't. This is definitely the case for those who want to buy stocks that provide reliable dividends in addition to solid growth prospects.

But there are some picks that are so good, they don't require agonizing deliberation. Here are three practically no-brainer dividend stocks that you can buy right now (listed in alphabetical order). 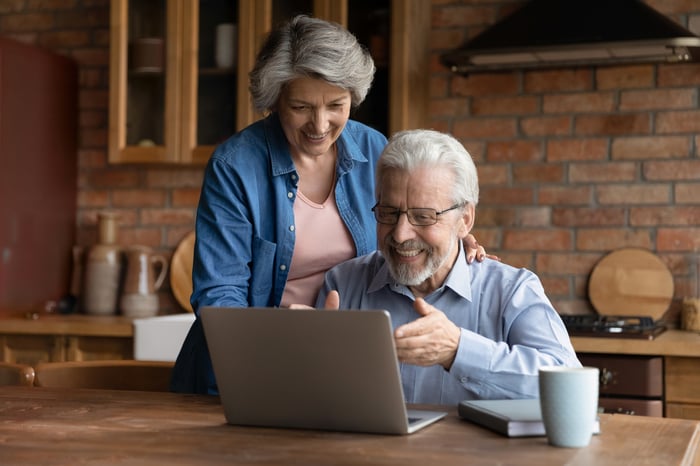 Abbott Labs (NYSE:ABT) isn't just an ordinary dividend stock; it's a Dividend Aristocrat. You might even say that Abbott is a super Dividend Aristocrat. Only S&P 500 members that have increased their payouts for 25 consecutive years can join the club. Abbott has 48 years in a row of dividend hikes. The healthcare giant has paid a dividend every quarter since 1924.

The main knock against Abbott's dividend is that its yield is relatively low: only 1.3%. But the dividend is highly likely to grow consistently given the company's track record.

More important, though, Abbott offers an outstanding overall growth opportunity. Wall Street analysts project the company will increase its average annual earnings by close to 15% over the next five years. Sure, the analysts could be wrong. In this case, though, I suspect they're right to be optimistic.

Abbott ranks as the industry leader in multiple markets. Sales for its FreeStyle Libre continuous glucose monitoring system are skyrocketing and almost certainly will keep the momentum going. The company's coronavirus diagnostics tests are contributing significant levels of revenue that were unexpected coming into 2020. Abbott also has a broad lineup of other growth drivers, notably its MitraClip heart valve device. I look for market-beating returns from this healthcare leader.

Brookfield Renewable (NYSE:BEP) (NYSE:BEPC) offers two options for investors. You can buy shares of the company's limited partnership (BEP) or its corporate entity (BEPC). They have the same underlying business. Both also pay the same distribution (which is like a dividend), although the difference in share prices makes the limited partnership's yield of nearly 3.3% a little higher than the corporation's yield of 2.5%.

Look for those distributions to keep flowing and growing for a long time to come. Brookfield Renewable has increased its distribution by a compound annual growth rate of 6% for two decades and expects to keep on delivering at least that level of growth.

But the main reason I think Brookfield Renewable is a no-brainer stock to buy right now are its business prospects. As the company's name indicates, it generates renewable power. The company owns hydroelectric, solar, and wind power facilities across the world that together have a capacity of 18 gigawatts, up from only 3 gigawatts in 2015.

There's no question that renewable energy will continue to gain ground over fossil fuels. Major countries around the world have ambitious carbon reduction goals. Renewable energy is already more cost-effective than fossil fuel alternatives. Brookfield Renewable expects to deliver total returns between 12% and 15% over the long term. My view is that the company will be able to hit near the top end of this range and perhaps perform even better than that.

Verizon Communications' (NYSE:VZ) dividend yield of 4.4% is by far the best among these three stocks. In September, the telecommunications giant announced its 14th consecutive annual dividend increase. I fully expect Verizon's streak of dividend hikes will continue, with the company possibly joining Abbott Labs in the elite group of Dividend Aristocrats in the not-too-distant future.

You might wonder about Verizon being a no-brainer choice, though, after the company reported a year-over-year revenue decline in the third quarter. But there's no reason for worry. This decline stemmed from reduced customer activity due to the pandemic and what Verizon called "the timing of certain device launches," a veiled reference to Apple's delay of its new iPhone rollout from the usual September date to October.

These are only temporary issues. Verizon's future looks bright, especially with the opportunities that 5G high-speed wireless networks present. The company officially launched its 5G service across the U.S. on Oct. 14 (which, not so coincidentally, was the same day Apple unveiled its new 5G-enabled iPhone).

Verizon probably won't deliver the level of growth that Abbott or Brookfield Renewable will. But for investors primarily looking for income, this dividend stock should be a great pick.