Shares of building materials company Summit Materials (NYSE:SUM) fell sharply as trading got under way on Oct. 28. Within the first hour of trading the stock had fallen by as much as 17%. The news that drove the drop happened after the close on Oct. 27, but it was pretty clear that sleeping on the company's earnings release didn't make investors any more happy about the quarterly update.

In its earnings release, Summit Materials frequently highlighted both its third-quarter and year-to-date results. For example, year to date through September, revenue was higher by roughly 2.5%, which isn't bad given the global coronavirus pandemic. However, in the third quarter revenue was down 3.1% year over year. Adjusted EBITDA, meanwhile, was up 3.1% through the first nine months of the year, but it was down 8.1% when looking at just the third quarter. Although it's understandable that Summit wanted to stress the positives, it's also pretty clear that the third quarter wasn't a great one. Adding to the negative mood was the fact that Summit missed Wall Street expectations on both the top and bottom lines. 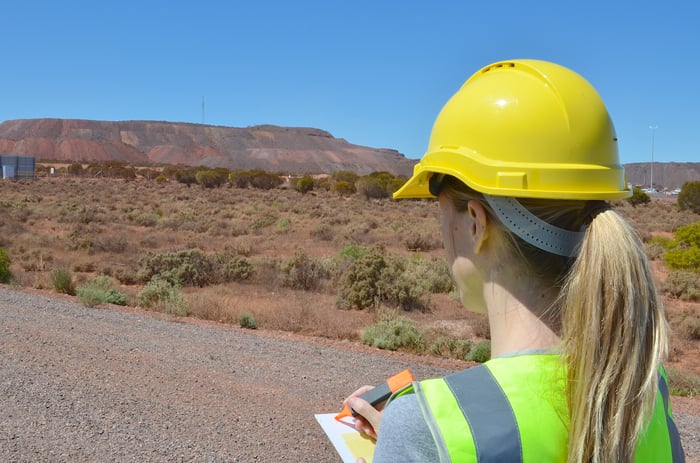 In other words, investors were downbeat on Summit's earnings update for a good reason. One notable trend to watch was in product volumes. Although demand for aggregates was higher year over year by roughly 3.1%, it was lower in ready-mix concrete, asphalt, and cement by 1%, 6.4%, and 11.3%, respectively. Sales prices were flat to lower in three of its businesses, with only ready-mix concrete showing a notable pricing gain of 4.6%. With the company choosing not to provide guidance due to the pandemic, the earnings report taken as a whole could suggest that business is slowing down.

With COVID-19 cases on the rise again and spooking the broader market, it's hard to get excited about a company like Summit. That's not because it is an undesirable company, but having reported unexpectedly weak earnings results for the third quarter, this is likely a "bad news is bad news" story right now. That said, Summit was confident enough in its own outlook to increase its capital spending plans, which is something worth watching for long-term investors.