Selling the unit, which comprised 12% of last year's revenue, could bring Grumman at least $3 billion.

If the latest speculation about Northrop Grumman (NOC -0.05%) proves to be true, the aerospace giant might be on the verge of a large-scale divestment. A report published Wednesday by Bloomberg, citing "people with knowledge of the matter," said that the company is mulling the sale of its technology services unit. The deal could bring in at least $3 billion, the article's sources said.

Northrop Grumman has retained an advisor to assist with a strategic review of the division. That advisor was not identified, and it was not immediately clear what other option or options, if any, that the company is considering.

The unit potentially for sale provides IT services and a range of other technology offerings to branches of the U.S. government, most notably the Department of Defense. 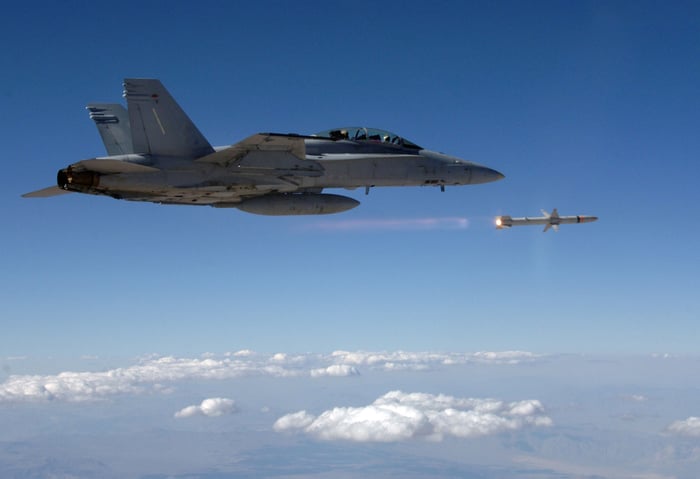 Its business is considerable, even within the sprawling corporate structure of Northrop Grumman. It booked sales of $4.1 billion last year, which was approximately 12% of the company's total revenue for the period, and earned $457 million in operating income. In 2018, those figures were $4.3 billion and $443 million, respectively.

Northrop Grumman declined Bloomberg's request to comment for the article.

The company is active in a great many segments of the aerospace and defense industries, and might be seeking to either narrow its focus somewhat or simply raise cash.

A sale of the technology services business would add considerably to its cash pile, which at the end of the most recently reported quarter stood at just under $5 billion. Meanwhile, its total long-term debt was nearly $15.6 billion.

Northrop Kicks Russia to the Curb, Will Build an All-American Rocket
413%