Newmont Mining (NYSE:NEM) reported the best quarter in its history today, thanks to a 30% increase in its realized gold price. Overall, the gold mining giant generated $1.7 billion of adjusted EBITDA and $1.3 billion of free cash flow, record levels for the company. Meanwhile, its adjusted net income more than doubled to $697 million, or $0.86 per share, which beat analysts' expectations by $0.03 per share.

Those strong financial results came even though attributable gold production declined by 6% to 1.54 million ounces. Holding down output were some coronavirus-related impacts at three mines and the sale of two others, which the company partly offset with higher production from two other locations. Because of that lower output, the company's costs rose 3% on a per-ounce basis. But it more than offset that thanks to a 30% increase in its realized gold price, which averaged $1,913 an ounce during the period. 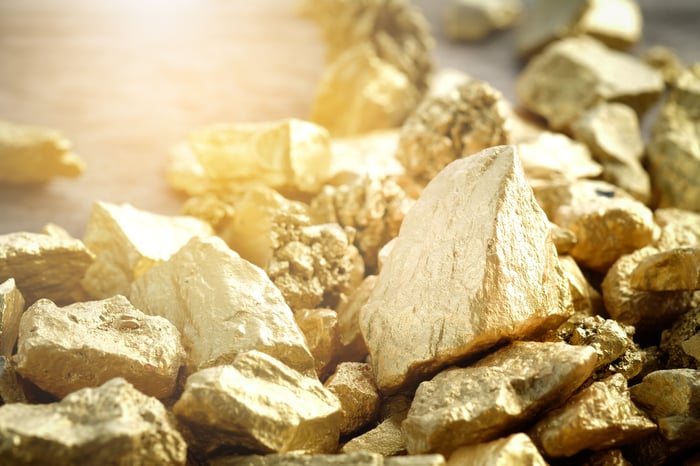 The higher gold price and its record-breaking free cash flow have Newmont Mining raising its dividend for the second time this year. Under its unique dividend framework, it pays a base annual dividend of $1 per share ($0.25 per share each quarter), which it can sustain at a $1,200 gold price.

As part of that framework, the company shares 40% to 60% of its incremental free cash flow at higher gold prices with shareholders. Thus, with the price of gold soaring this year, it plans to pay a 60% higher dividend during the third quarter, which it can sustain with gold at $1,500 an ounce. At that new level, the company has the highest dividend yield in the gold sector at 2.7%.