What's behind these ups and downs (mostly ups)? Novavax is one of the biotechs that has declared war on the coronavirus. The drugmaker is a vaccine specialist, working to vaccinate the world and save us from this ugly disease. Let's see how you would have done if you had bought shares of Novavax during the market crash. 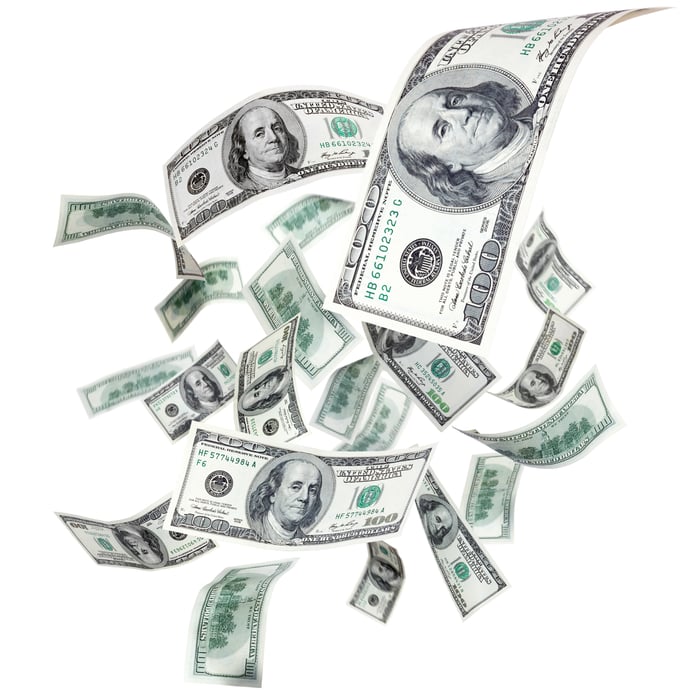 The market sell-off was terrifying

If you bought this company in January (like I did), you likely did so for NanoFlu, its flu vaccine that was in the middle of phase 3 trials. In early January, nobody was talking about this strange new virus out in Wuhan. COVID-19 wasn't on our radar yet, and it was irrelevant to a buy decision then.

But of course, over time, COVID-19 became scarier and scarier, and vaccine stocks started shooting upward. On Friday, Jan. 17, Novavax's stock closed at $5.74 a share. Over the following weekend, Novavax announced that it was starting a program to find a vaccine for this new coronavirus. On Monday, the stock opened at $9.15 a share.

After a pullback at the end of January, Novavax quickly doubled in February, closing out the month at $16 a share. At this point, Novavax hadn't even found its vaccine candidate yet. Justthe fact that it was testing multiple vaccines in mice was enough to make people bullish.

As we headed into March, COVID-19 was dominating the news and the stock market. In my own portfolio, I would have days where all my stocks were bleeding out -- except for Novavax, which was green all the way. That's when the stock market bottomed out with peak negativity for the year. The lockdown was shutting down the world economy. It got so bad that even the vaccine drugmakers were sold off. 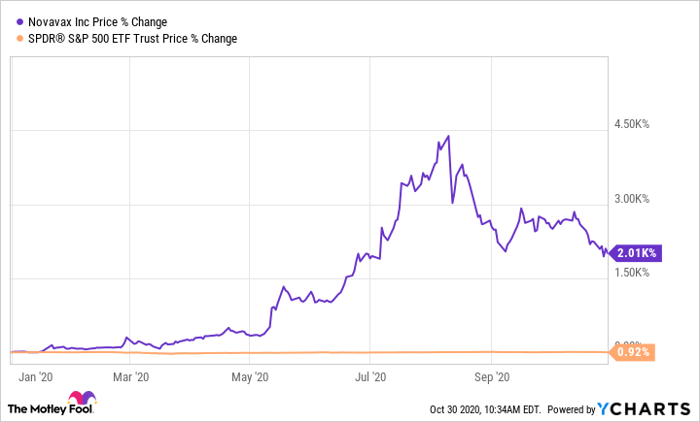 What caused Novavax to skyrocket so far and so fast? Unlike most of its competitors in the vaccine race, Novavax was (and remains) a company with a small market cap. In the spring, its valuation was under $1 billion. When you're that small, a blockbuster drug can really send your stock price soaring. And Novavax has two potential blockbusters in its pipeline. Its influenza vaccine, NanoFlu, has beaten the market-leading vaccines from Sanofi in multiple clinical trials, and when the company announced positive phase 3 data on March 24, Novavax's stock jumped up to $14 a share.

Of course, the stock market has really been focused on the company's COVID-19 vaccine, and the stock continued to fly high in April as investors tried to imagine how valuable this company might be. In May, the Coalition for Epidemic Preparedness (CEPI) gave Novavax a grant of $388 million to fund its COVID-19 vaccine research. This was followed by news on May 25 that Novavax had initiated human trials for its vaccine candidate, NVX-CoV2373. Now shares were worth $54.

In July, the world was shocked when Operation Warp Speed (the U.S. government program to fund vaccine candidates) paid $1.6 billion to relatively unknown Novavax in order to reserve 100 million doses of its COVID-19 vaccine candidate for possible future use. Then, on Aug. 4, Novavax announced positive phase 1 data from its clinical trial. The stock shot up to $189 a share on this news. That's when your $10,000 investment would have been worth a cool $264,600.

Of course, the stock has been cut in half since then, dropping down to $82 a share on Friday. Your Novavax investment is now worth about $114,800 -- still not a bad return.

Where will this stock go in the near term? Nobody knows. But the long-term outlook for Novavax is quite positive. Based on its phase 3 data, the company's flu vaccine, NanoFlu, is highly likely to be approved by the U.S. Food and Drug Administration (FDA). And so far, the COVID-19 data has many observers saying this vaccine is best-in-class. Here's hoping they are right.