Shares of engineering and construction company Fluor (NYSE:FLR) jumped 28.8% in October, according to data provided by S&P Global Market Intelligence. And the stock isn't done rallying just yet: It has already gained another 14.2% this month, as of the time of this writing.

Some contract wins, a quarterly earnings report, a leadership change announcement -- a lot's going on at Fluor.

Fluor won a couple of notable contracts in October, including:

Fluor was also selected by the U.S. General Services Administration to compete for various task orders for the agency's OASIS contract vehicle.

These contracts kept the stock price humming even as expectations ran high for an infrastructure spending plan taking solid shape regardless of who wins the U.S. presidential election. 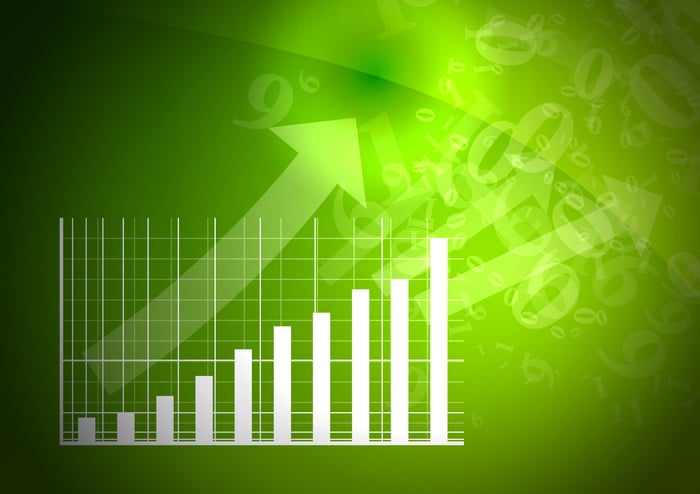 The stock took a short breather around Oct. 22 when the company reported numbers for its first quarter, which ended March 31. It delayed the earnings report as it restated numbers for previous financial years starting with 2016 to adjust accounting errors. Thanks to significant impairment charges partly because of the coronavirus pandemic and weak oil prices, Fluor reported a net loss of $171 million from continuing operations in Q1 despite flat year-over-year revenue.

On the positive side, the company won new awards worth $4.2 billion in the first quarter, and ended it with a backlog of $31.4 billion. That's an encouraging number when put next to Fluor's 2019 revenue of $14.3 billion.

Disappointment around the first quarter didn't last long as investor sentiment got a major boost on Nov. 2 when the company announced its decision to appoint David Constable as the new CEO, effective Jan. 1, 2021, after the retirement of present CEO Carlos Hernandez. Shares jumped double digits after the announcement, on hopes that Constable should be able to turn Fluor's fortunes around given his years of experience in the company.

Fluor's strong order backlog and high expectations from the incoming new CEO have renewed interest in the construction stock. With the accounting mess also behind it, the company will be interesting to watch.