Inovio Pharmaceuticals (NASDAQ:INO) and Vaxart (NASDAQ:VXRT) are both small biotech companies that have made names for themselves by initiating coronavirus vaccine projects. So far, both have made some progress, and early clinical trials proceeded largely as planned. Their innovative vaccine technologies hold tremendous potential, and their futures may be bright. But neither company has any therapies or vaccines that are currently approved for sale, and it's a safe bet that neither will be the first to commercialize a coronavirus vaccine.

On the other hand, competitors like Pfizer (NYSE:PFE) and BioNTech, (NASDAQ:BNTX), Moderna, (NASDAQ:MRNA) and AstraZeneca (NASDAQ:AZN) are approaching the final stages of the clinical trial process. It's highly likely that more than one of these companies will succeed in fielding a coronavirus vaccine, while Inovio and Vaxart are still figuring out if their candidates are safe or effective enough to proceed. That's bad news for the pair, but it's far from the only thing which might send their stock prices into a spiral this month. 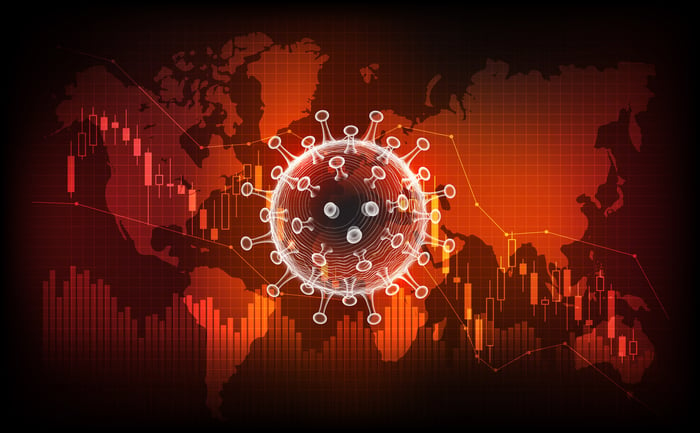 Inovio's stock recently stumbled when the U.S. Food and Drug Administration (FDA) pumped the brakes on the prospect of proceeding with the next phase of its coronavirus vaccine candidate's (INO-4800) clinical trials, which were planned for September. Inovio's candidate is a DNA vaccine that can be directly administered into the body's cells via a proprietary smart device.

The FDA had several questions for Inovio to answer before it would be allowed to continue trials of INO-4800, although the questions were not related to any side effects or adverse events. Inovio claimed that it would answer these questions in October, which would then leave the ball in the FDA's court to respond within 30 days about whether Inovio could begin the next phase.

It's unclear exactly when Inovio responded to the FDA, but a full month has passed since it announced that the regulatory agency was holding up the trials. The company hasn't publicly commented on the issue since the end of September, nor has it provided updates about any of its pipeline programs, never mind its coronavirus vaccine project. Aside from making investors anxious, this delay means that Inovio faces a high degree of uncertainty going into November. While it's possible that the FDA will give the company the go-ahead any day now, it's also possible that they will have more questions. This would probably harm Inovio's stock price even further. Wise investors will take note and avoid a purchase in the short term.

Issues with the FDA aside, Inovio is also troubled by a total lack of recurring revenue from vaccine development collaborations. It's not a good sign that larger collaborators aren't looking to team up and get in on the action. Likewise, given the company's vaccine technology platform, the lack of revenue-bearing licensing agreements may be a sign of deeper problems. On the whole, this means that Inovio is going it alone, and it may not have any outside help to move its pipeline programs toward the finish line if its coronavirus vaccine doesn't work out.

In October, Vaxart announced two positive pieces of news. First, the FDA gave the company permission to proceed with phase 1 clinical trials for its coronavirus vaccine. It dosed the first participant on Oct. 13, which gave its stock price a small bump. Then, a day later, Vaxart stated that its vaccine candidate appeared to be effective at protecting hamsters from developing COVID-19. But the market's reaction was muted, and the company's stock price began a slow collapse from which it has yet to recover.

The reason behind this is that on Oct. 14, Vaxart issued an 8-K filing which detailed that it was under a grand jury investigation by the U.S. federal attorney's office in the Northern District of California. The investigation focuses on Vaxart's engagement with the U.S. government's coronavirus vaccine accelerator program, Operation Warp Speed (OWS). This should rightfully make potential investors extremely leery, but it isn't the first time in recent history that the company has had legal troubles.

In August, shareholders sued Vaxart, alleging that its management had breached their fiduciary duties. This lawsuit came on the heels of two prior shareholder lawsuits in September, alleging similar charges. The company faced an additional class action lawsuit by other shareholders in late August, alleging that the company violated federal laws and Securities and Exchange Commission (SEC) rules when it misleadingly overstated the extent and nature of its participation in OWS.

Further developments in these lawsuits or the federal investigation could create bad headlines for Vaxart. The smartest move at present is to avoid touching the stock for at least the next month. Once things clear up, it will be worth taking a look at Vaxart again, as its oral vaccine technology could help solve many of the logistical issues and cost challenges inherent in distributing temperature-sensitive injectable vaccines all over the world.