The fallout from the coronavirus pandemic continues to ravage the movie theater industry as Cinemark Holdings (NYSE:CNK) reported third-quarter financial results Thursday that showed its revenue has all but vanished. 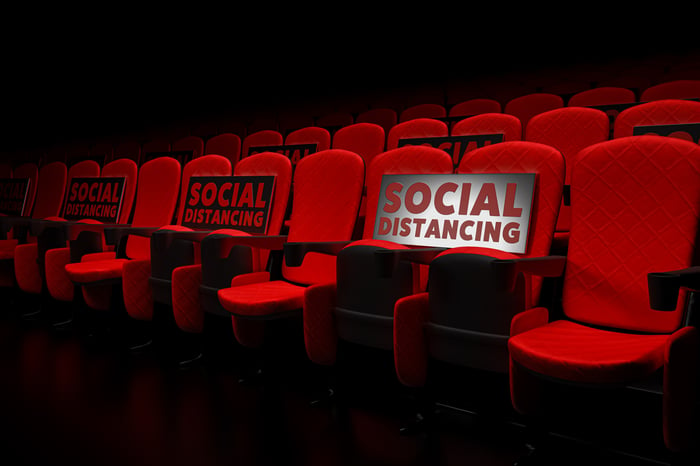 The results weren't that much different from industry peer AMC Entertainment, which saw a 91% drop in revenue and a massive $5.70 per share adjusted net loss. Yet while AMC is warning it could run out of money as soon as the end of the year, Cinemark still has substantial liquidity to survive.

The theater chain ended the quarter with $825.7 million in cash and equivalents and almost $2.7 billion in long-term debt. That's about twice as much cash and half the liabilities of its rival, while approximately 90% (252) of its U.S. theaters were open for limited capacity viewings. In comparison, AMC had 467 domestic theaters operational, or 78% of the total.

It means Cinemark ought to survive for a significantly longer time, giving it the chance to weather the storm. CEO Mark Zoradi said, "our top near-term priorities remain stringently managing liquidity, driving productivity and reigniting moviegoing."

While Cinemark and AMC are toughing it out, rival Cineworld, the owner of the Regal theater chain, has opted to close all of its movie houses until next year.