Shares of bluebird bio (NASDAQ:BLUE) are down 14% today after releasing third-quarter earnings yesterday. It wasn't so much the earnings that investors are reacting to; for the record, the company lost $195 million on revenue of $19.3 million. Instead, investors are rightfully upset about a pushback in the timing of a potential approval for LentiGlobin as a treatment for sickle cell disease.

But the FDA expressed concern about manufacturing the drug once it's approved. If a drugmaker doesn't use the commercial process to generate the drug used in the clinical trials -- which bluebird didn't -- then the agency typically requires the company to do a comparison of the different manufacturing processes to prove that they're equivalent.

For bluebird, the FDA wants data from cells of both patients and healthy donors as well as data for the commercial lentiviral vector that's used to deliver the treatment to the cells. With the ongoing COVID-19 pandemic causing disruptions and shifts to manufacturing vaccines at bluebird's contract manufacturers, the company doesn't expect to complete the work and be able to submit a marketing application to the FDA until late 2022. 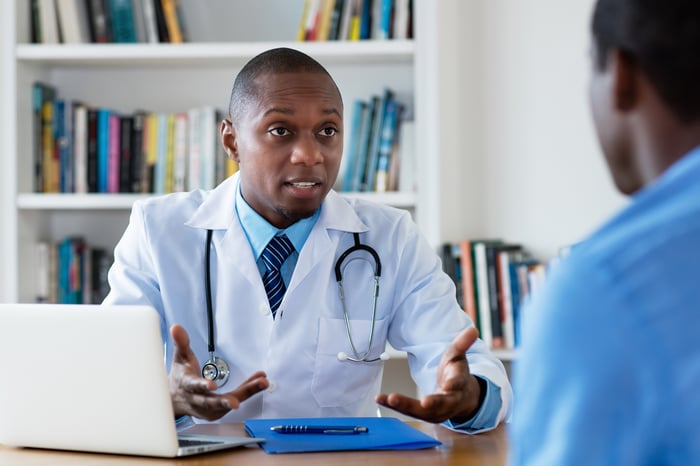 Bluebird is also testing LentiGlobin for transfusion-dependent beta thalassemia. That program remains on track to be submitted to the FDA by mid-2021. But sickle cell disease is a much larger market than beta thalassemia, so the delay in sickle cell is a major postponement of future revenue.

All is not completely lost, though. Beyond LentiGlobin, the company has some potential for near-term revenues from idecabtagene vicleucel, bluebird's cancer treatment. The company has partnered with Bristol Myers Squibb (NYSE:BMY)in the development and promotion of idecabtagene. The treatment is under FDA review with a potential approval in March, if not sooner. And of course, LentiGlobin is approved in Europe under the brand name Zynteglo, which is expected to start generating revenue from the first commercial patients by the end of this year.