How much does the app contribute to the company's strength and potential?

It's a leader in banking technology, and one of its most competitive features is Erica, a virtual financial assistant. How much does the service contribute to the company's success? 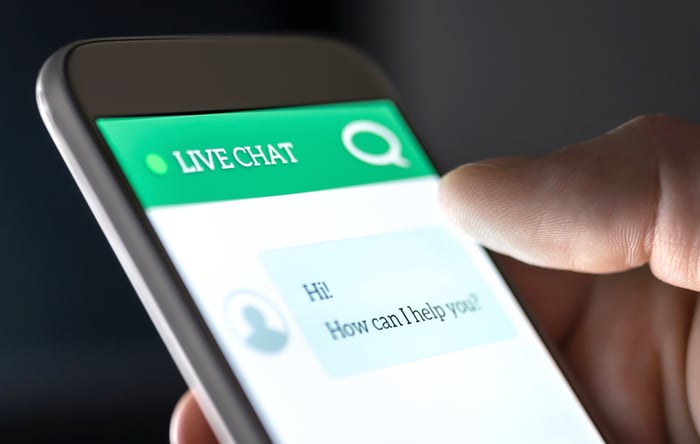 Customers can ask questions about anything related to their accounts, and Erica can respond to most of them, like a chatbot. But downloading the app also gives customers instant information about their accounts, such as reminders about when payments are due, snapshots of spending activity versus a typical month, and a quick glimpse of your account balance. And the app uses voice recognition for even easier access.

Digital engagement spiked in the third quarter, with 2.3 billion logins, which is 45% more than the prior year. average logins up 5% over the prior year. Erica sessions increased 95%.

Consumer banking is competitive, as there are almost 2,000 U.S. banks that are considered large (over $300 million of assets). Ninety-five percent of U.S. households have a bank account, and there are only minor differences among most consumer banks. A Gallup report suggests banks that look to solve problems for millennials and focus on customer service, and that use data to form interactions through an omnichannel experience, will get their business.

Erica does all of that. And customers are responding. Bank of America is No. 1 in consumer deposit market share, according to data from the Federal Deposit Insurance Corp. It services 1 in 3 U.S. households, with 37 million online users and 27 million mobile users, or 77% of clients, numbers that keep growing. Erica users increased to 16 million in the third quarter.

Euromoney rated the bank North America's Best Digital Bank, and CEO Brian Moynihan said that it will invest another $3 billion in technology.

Bank of America's net interest income (NII) declined in the third quarter, as expected, due to lower interest rates and heavy deposits. But despite lower revenue and NII and higher costs associated with the COVID-19 crisis, the bank still posted $0.51 in earnings per share, a large increase from the second quarter and only a slight decrease over the same period the prior year. Charge-offs declined, and the bank added $1.4 billion to provisions for losses -- a steep drop from the $5.1 billion it added in the second quarter,  which helped raise net income.

Bank of America has successfully entered other segments such as investment banking and wealth management, but its investments in its digital consumer banking platforms, particularly Erica, are the backbone of its strongest segment and the entire enterprise. Erica makes it easy for customers to handle their accounts, and deposits fuel the bank's strength. At the end of the third quarter on Sept. 30, total liquidity was $860 billion, and the bank was able to score an 11.9% capital ratio.

Bank of America stock is trading at less than 12 times 12-month trailing earnings, and its dividend yield is 2.9%. It's the second-largest holding for legendary investor Warren Buffett and his team at Berkshire Hathaway (BRK.B -1.44%). There's a lot of upside for the bank as it stresses technology and innovation, and Erica is an important part of its growth.