Imagine it's 2040 instead of 2020. After the year we've had, that's probably going to be a pleasant mental diversion.

Now envision the stocks you bought 20 years earlier and never sold. Which stocks do you own in 2040 that became big winners?

This is a great exercise for investors to perform because it gets you thinking about which stocks you should invest in now. Don't worry, though, if you had a hard time coming up with specific stocks. Here are three great ones to buy and hold for decades. 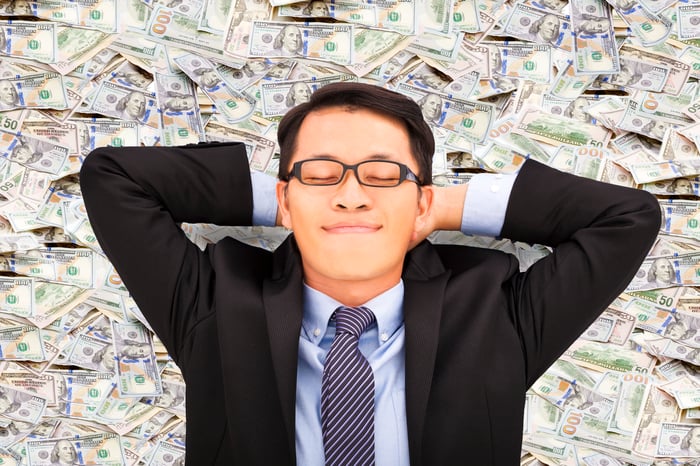 Abbott Laboratories (NYSE:ABT) isn't the kind of stock you can buy and hold for only decades -- you can hold this one for centuries. The company was founded way back in 1888. Today, Abbott ranks as one of the biggest healthcare companies in the world and holds a market-leading position in all of its core businesses.

You can probably count on enjoying juicy dividend payments if you buy and hold Abbott over the long run. The company has paid a dividend every year since 1924. It's increased its dividend payout for 48 consecutive years, making it a member of the elite group of stocks known as Dividend Aristocrats.

However, Abbott is far from being just a boring dividend stock. The company's growth prospects should be very good with successful products including its FreeStyle Libre continuous glucose monitoring system and MitraClip heart-valve device.

More importantly, Abbott doesn't rest on its laurels. It's not surprising that Fast Company named this 132-year-old company the "World Changing Company of the Year 2020." Abbott should continue to innovate over the next several decades as it always has -- and keep rewarding investors along the way.

Speaking of innovation, you're not going to find many companies with a more impressive track record than Intuitive Surgical (NASDAQ:ISRG). A few decades ago, robotic surgery only existed in science fiction. Thanks to Intuitive, it's now commonplace.

Sure, the COVID-19 pandemic is currently impacting Intuitive's revenue and earnings, with delays for non-urgent surgical procedures. However, this is only a temporary issue for the company. Intuitive's long-term prospects remain very bright.

Over the next few decades, there will be many more elderly people in the U.S. and in other countries, due to demographic trends. This should drive demand for the kinds of procedures that are already ideally suited for robotic assistance. But Intuitive's continual innovation will almost certainly expand the types of procedures where its robotic technology can be used, as well. Look for the company to keep turning science fiction into reality for a long time to come.

Let's go back to imagining you're in 2040. You're probably going to use cash a lot less often then you do now. The shift from cash to digital payments is one of the major unstoppable trends that should only accelerate over the next couple of decades. Several companies will benefit from this trend, but arguably none more so than PayPal Holdings (NASDAQ:PYPL).

PayPal has been known for years for offering a convenient way to pay for online purchases. This remains an important and growing part of the company's business. It seems likely that the COVID-19 pandemic will pour fuel on the fire for e-commerce adoption.

However, PayPal's Venmo peer-to-peer payment app is its fastest growth driver now. Look for Venmo to become an increasingly key business for the company in the coming years. It isn't profitable just yet, but PayPal CEO Dan Schulman said in the company's Q3 conference call that Venmo should generate profits by 2022.

The company is also expanding into the brick-and-mortar retail market. It now supports contact-free payments via the PayPal and Venmo apps where users can simply scan a QR code. Over the next decade or so, PayPal should be a much bigger player in both online and offline financial transactions. And it should also be a big winner for investors who buy and hold this hot fintech stock.