Shares of outdoor action camera developer GoPro (NASDAQ:GPRO) soared more than 30% at the market open today, and have since settled in with a 20% gain, as of 1:30 p.m. EST.

Quarterly earnings matched expectations, but other metrics have investors excited for more possible good news in the future.

GoPro hasn't reported a profitable year since 2015, and continued to sustain losses in the first two quarters of 2020. But the company managed to eke out $3 million of net income in the latest quarter. 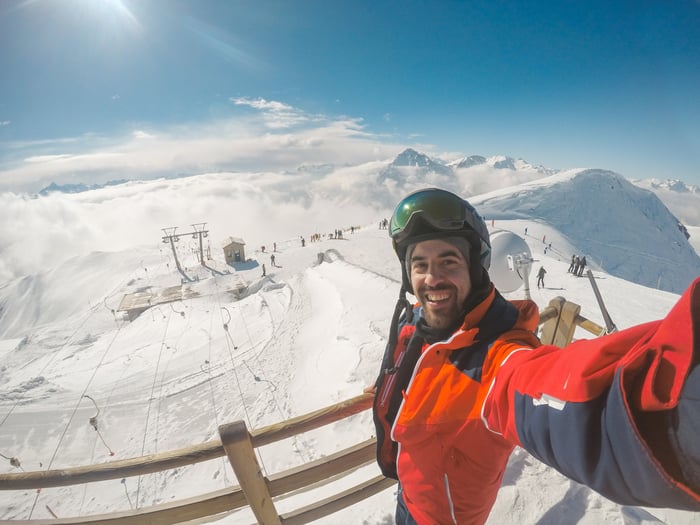 The profit was thanks to revenue of $281 million, more than double what it reported for its second quarter ended June 30, 2020.

GoPro has been focusing on growing its subscription base and a direct-to-consumer strategy. Subscribers grew to over 500,000 in the third quarter, a 65% jump compared to the year-ago period, and 35% ahead of just three months ago.

Consumers have been spending on more of the company's high-end offerings. Cameras with retail prices above $300 led to 83% of third-quarter revenue. Average selling price to consumers was up 11%, to $304, compared to the prior year period.

The company touted its "strong launch of HERO9 Black coupled with our GoPro subscription service" as the driver of results. But part of its successful subscription growth was due to the HERO9 "bundle" offering, which allows consumers to buy the camera, with a subscription included, for $350. It is effectively discounting the $450 retail price of the HERO9 to entice subscriber growth.

Investors will have to wait to see if that short-term gain translates into long-term subscriber income. In the meantime, investors are just happy that the company was able to report a profitable quarter.