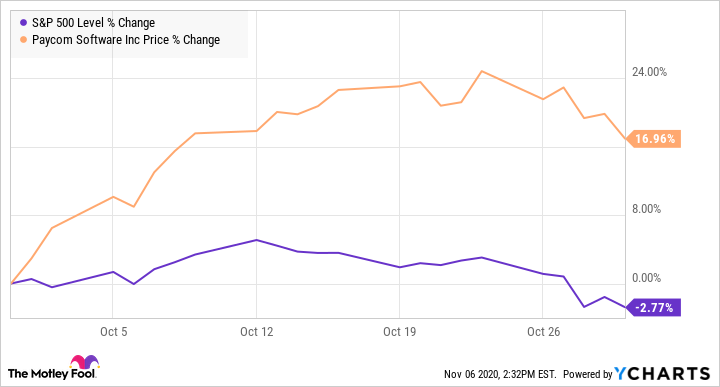 Challenges created by the coronavirus pandemic have made it more difficult for many enterprise software companies to add new customers, but October arrived with data on employment trends suggesting the outlook may be improving for businesses in the space.

The Labor Department published jobs numbers on Oct. 2, showing that non-farm jobs increased 661,000, or 7.9%, in September. The additions came in below the addition of 800,000 jobs forecast by economists polled by Dow Jones, but there were still some significant trends in the economic data. Following the data release early in the month, Paycom Software enjoyed a string of favorable coverage from analysts.

Paycom software have gained ground amid momentum for the broader market in November. The company's shares have climbed roughly 7.7% in the month so far. 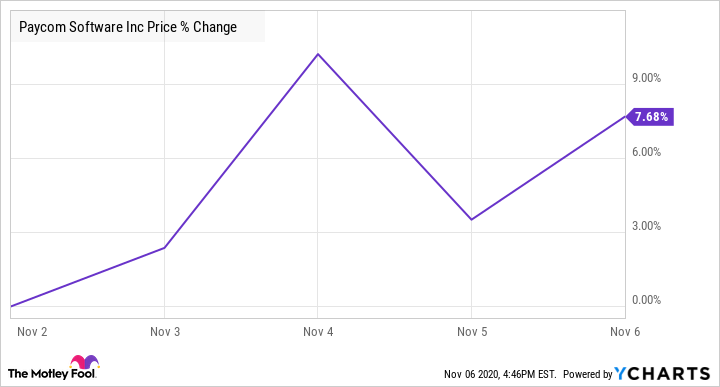 Paycom published its third quarter results after the market closed on Nov. 4. Sales for the period rose 12.3% year over year to reach 196.53 million, and non-GAAP (adjusted) net income for the period hit $0.70 per share. The average analyst estimate had called for revenue of $192.38 million and adjusted earnings of $0.56 per share. For the fourth quarter, management is guiding for revenue between $212 million and adjusted EBITDA between $76 million and $78 million.

Paycom has a market capitalization of roughly $22.4 billion and is valued at 27 times this year's expected sales and 112 times expected earnings.