Vaxart (NASDAQ:VXRT), the San Francisco-area clinical-stage biotech company, has made and lost millions for investors this year.

On Feb. 3, at the beginning of the recession, Vaxart's shares opened at $1.32 a share, buoyed by a Jan. 31 announcement that it had started a program to develop an oral vaccine to fight the coronavirus. 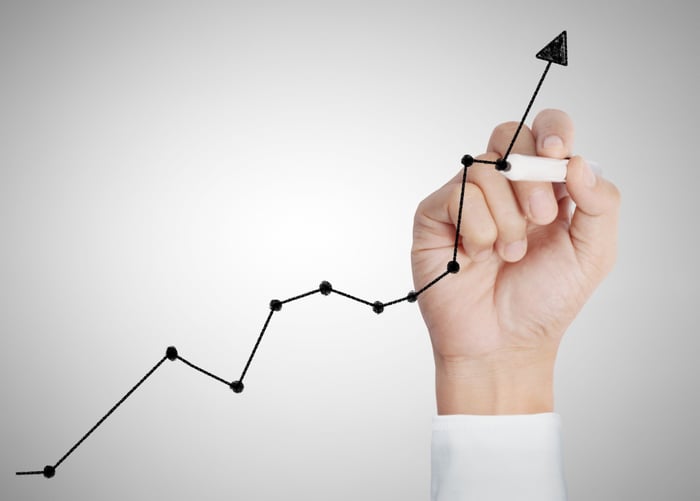 What is Vaxart doing differently?

Vaxart concentrates on making recombinant (DNA-based) protein vaccines in tablet form. In many cases, vaccine pills have not been as effective as injectable vaccines because they must survive the gastrointestinal tract without being broken down by the body's digestive enzymes. However, Vaxart said its COVID-19 vaccine pill, VXA-CoV2-1, would likely work well in the intestine.

A tablet vaccine has several advantages over an injectable vaccine. Many people dislike using needles, yet have little fear of taking a pill. A tablet vaccine can also be distributed more easily. In the company's first-quarter report, CEO Wouter Latour said that because VXA-CoV2-1 is more temperature-stable than injectable vaccines, it would travel with fewer difficulties. He also said that as a tablet, the vaccine could be manufactured with a higher throughput. 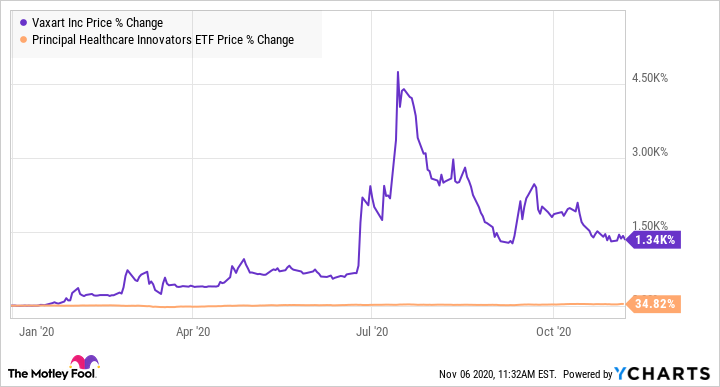 What's behind that crazy ride -- and is it time to get off?

Much of Vaxart's success this year is based on hope. As a clinical-stage biotech, it had only $523,000 in revenue in the second quarter and lost $9 million in net income. What the company does have is a unique pipeline, specifically devoted to developing oral vaccines in tablet form.

It started the year at only $0.36 a share, but quickly jumped up when the recession began in February. On April 21, the stock climbed 33% in one day to close at $3.16 after a company announcement of positive pre-clinical results in its COVID-19 candidates on animals.

Partly cloudy on the horizon

The same day the company filed the disclosure of the investigation, it announced that VXA-CoV2-1 had fared well in a hamster challenge study. The company said hamsters that received two doses of its vaccine showed no systemic weight loss, one sign of the vaccine's effectiveness against COVID-19.

Looking past the speculation

It's clear to me that investing in Vaxart for its coronavirus vaccine candidate is purely speculative. On Oct. 13, the company said it had just given its first human subject a dose of VXA-CoV2-1 as part of a phase 1 study, so there's a long way to go to see whether it will be safe and effective in fighting the coronavirus. And the potential legal problems are another red flag.

However, I do see some long-term benefits to investing in this company. It does have other oral preventative vaccines in its pipeline, including vaccines for norovirus, seasonal flu, and respiratory syncytial virus (a common respiratory virus that can be deadly to older adults and infants). The company also has a therapeutic oral tablet vaccine in trials for human papillomavirus (HPV), a common sexually transmitted infection.

Vaxart has time to develop a moneymaker vaccine. It has $140 million in cash, enough to last it almost four years at its current burn rate. However, anyone who invests in Vaxart should do so with both eyes open, understanding the risk.