Investors were greeted Monday morning with the most positive development yet in the race to find a COVID-19 vaccine, and are responding by rushing into some of the stocks most impacted by the pandemic.

Even the relative laggards, Southwest Airlines (NYSE:LUV) and Alaska Air Group (NYSE:ALK), were each up more than 19% in early Monday trading.

Airlines have been devastated by the pandemic, which has caused travel demand to evaporate and sent the industry scrambling to cut costs. U.S. airlines have so far survived without bankruptcy filings thanks to $50 billion in government support and at least $50 billion more in private fundraising efforts, but every carrier is bleeding millions per day and most have little hope of stemming the bleed before 2021. 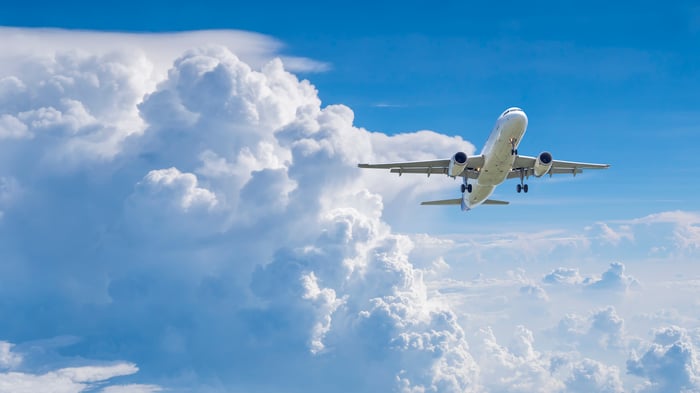 The industry can not recover as long as COVID-19 is unchecked, which is why news from Pfizer Monday morning about developments in its vaccine trial is causing the stocks to jump. Pfizer announced that its COVID-19 vaccine in development prevented more than 90% of infections in a study of thousands of volunteers.

Those results are a lot better than what health experts had been expecting from initial vaccine candidates, and prompted a strong market rally on Monday morning. Sectors including airlines that have been sold off due to the pandemic climbed higher than the averages, but even with the impressive jumps on Monday the stocks still remain down for the year.

It's important to note that at best this vaccine will not be authorized for U.S. emergency use until near the end of the month. Pfizer said it believes it can produce up to 50 million doses, or enough vaccine to protect 25 million people, this year, with plans to ramp to 1.3 billion doses in 2021.

It appears the vaccine will not likely be widespread until the second quarter, at best. In other words, what the market is pricing in today will not be the reality for Main Street for months.

Assuming there is a lot of pent-up travel demand, that could mean airlines start to see a real revenue rebound next summer. A full recovery to pre-pandemic traffic volumes is likely years off, and more lucrative international and business travel will likely take longer to return than domestic leisure.

Which isn't to say investors shouldn't be excited about this news. Absent a vaccine, the outlook is much worse for the airlines. But understand we are still in the early stages of what will be a multi-year recovery, and the airlines, after borrowing billions to stay airborne during the crisis, will need time to repair their bruised balance sheets even after traffic returns.

Given the continued uncertainty and the long timetable, investors would be wise to keep airlines to a small part of a well-diversified portfolio and to focus their attention on carriers like Delta and Southwest, which have been the best operators in the industry.