The stock market was mixed on Tuesday, with very strong moves in both directions from different market benchmarks. The Dow Jones Industrial Average (DJINDICES:^DJI) again posted sizable gains as it once again challenged its all-time closing high. Yet both the S&P 500 (SNPINDEX:^GSPC) and the Nasdaq Composite were down on the day, including another fairly large drop for the Nasdaq.

When you look beyond the large-cap stock indexes, you can see even more variation in returns, as the Russell 2000 Index of small-cap stocks was up more than 2%. If you find that confusing, you're not alone. But the strange behavior reflects the mood of the market right now. 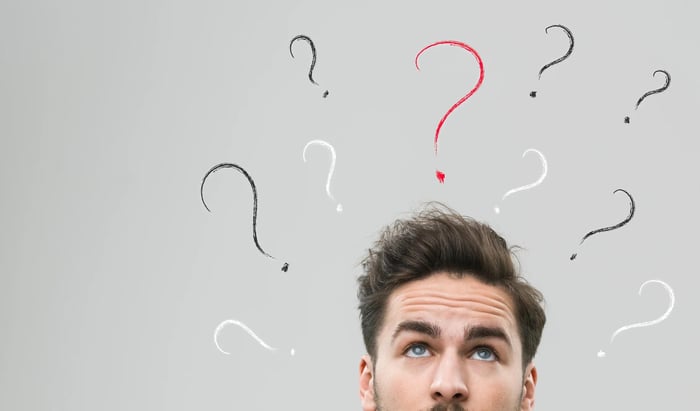 A lot of good, and a lot of bad

The huge move higher for the Dow that started on Monday came from a completely understandable source: news that a possible COVID-19 vaccine might be further along in development than previously thought. That sent different parts of the stock market in different directions. Stocks that had been hit hard by the pandemic and hadn't yet found ways to recover saw big gains. Those companies that had found success during the pandemic -- in some cases using the pandemic's conditions to their advantage -- generally pulled back.

On Tuesday, the enthusiasm over a COVID-19 vaccine waned, but the rotation nevertheless continued. In an environment in which top growth stocks start to underperform, investors were ready to find alternatives that looked like better values. Thus the exodus away from Nasdaq growth stocks toward the relatively stolid, boring businesses that make up the Dow Jones Industrials.

Yet there's more going on than just an investor change of preference away from tech stocks toward more cyclical names. There's also considerable uncertainty about the intermediate-term direction of the global economy and the geopolitical environment in 2021 and beyond. Despite widespread consensus about the likely results of the 2020 presidential election, high-ranking government officials continue to make statements to create doubt about what Washington will look like by late January.

In that light, the day-to-day movements of the markets take on a lot less importance. In the very short run, market moves come on speculation about issues that often change in a matter of minutes or hours. Only after more time has passed does the connection between fundamental business conditions and stock price movements become clear.

For instance, take cruise ship operators. On Monday, shares of Carnival (NYSE:CCL) (NYSE:CUK), Norwegian Cruise Line Holdings (NYSE:NCLH), and Royal Caribbean (NYSE:RCL) all soared as investors anticipated cruise sailings to get back to normal at some point in the near future. Yet on Tuesday, cruise stocks gave back some of those gains, as Norwegian reported tough financial results and Carnival prepared to do another massive secondary stock offering to raise capital.

Similar whipsawing has happened to investors in a number of industries. It highlights the futility of trying to predict short-term movements.

In the end, the best course you can follow as an investor is to identify the companies you believe will perform the best over the long haul. Buy their shares and hold onto them as long as the business story remains intact. If you do that, then the turbulence from daily stock market moves won't matter nearly as much -- and you'll be a better investor to boot.