These days, it's easy to find an exchange-traded fund (ETF) that represents your core investment strategy and preferred stock sectors. When you purchase shares of an ETF, you essentially buy a collection of stocks. From ETFs that track the performance of a particular index, such as the S&P 500, to funds that align with the returns of a particular sector, the options are almost endless.

Recently, Reflection Asset Management came out with a new way for supporters of Democrats to according to their personal political philosophy. Launched on Election Day, the DEMZ Political Contributions ETF (NASDAQ:DEMZ) presents a less mainstream kind of investment opportunity that has been tried before, but where successes have been few and far between. 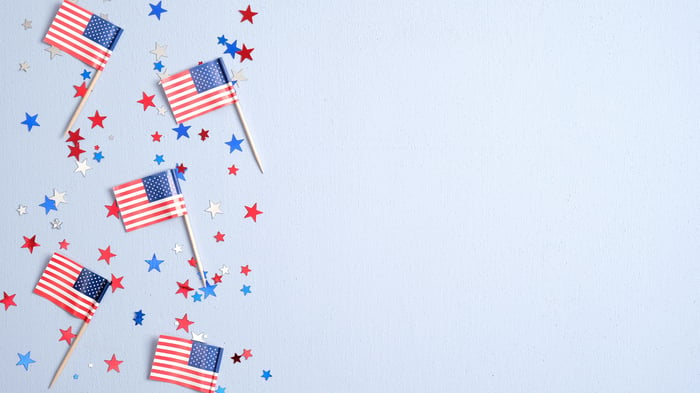 A fund centered on "Democratic values"

Reflection Chief Executive Officer Jason Britton is excited about the new ETF. "DEMZ provides US Large Cap equity exposure, while maintaining the integrity of owning only those companies that share the investor's commitment to democratic causes and candidates." To accurately assess the Democratic political contributions of each company in the fund, Reflection Asset Management leverages proprietary research supplied by Madison-based start-up Goods Unite Us that does appropriate screening of brands, companies, and political candidates.

Key holdings in the DEMZ fund

The DEMZ Political Contributions ETF closed at $21.32 per share on Fri. Nov. 6. At the time of this writing, the ETF is made up of 41 companies across a variety of sectors, including tech, banking, insurance, consumer staples, computer software, and artificial intelligence stocks.

Among the top holdings in the ETF include Apple (NASDAQ:AAPL), Colgate-Palmolive (NYSE:CL), Alphabet (NASDAQ:GOOGL), NVIDIA (NASDAQ:NVDA), and IBM (NYSE:IBM). The DEMZ ETF's current net assets come to approximately $2.1 million, while the fund carries an expense ratio of 0.45%.

Not the first time down this road...

The DEMZ ETF is not the first politically oriented fund to hit the stock market in recent years. In October 2017, ETF issuer EventShares launched the Republican Policies ETF and the Democratic Policies ETF, both of which were intended to offer their respective shareholders the opportunity to buy into companies that would reap the rewards of partisan legislation. At the same time, EventShares also launched a fund containing companies that stood to gain from specific tax policies, known as the U.S. Tax Reform Fund.

However, none of these three funds were destined for success. EventShares liquidated the Republican Policies Fund and Democratic Policies Fund in April 2018, while renaming the U.S. Tax Reform Fund the U.S. Policy Alpha ETF. Then, in Oct. 2019, EventShares changed the tax reform ETF's name for a third time -- to the U.S. Legislative Opportunities ETF. The issuer's efforts were to no avail, and in Aug. 2020, it closed and liquidated the ETF.

What went wrong? The common thread with each of these failed funds was an inability to accumulate meaningful assets that would translate to real growth for investors. The Republican Policies Fund and Democratic Policies Fund had only amassed total holdings worth $5 million when EventShares announced the liquidation, while the U.S. Legislative Opportunities ETF had less than $20 million in assets when the curtain fell. In addition, the potential risk of investing in funds based solely on the concept of legislative shifts, which are typically slow to gain traction under any administration, may have dampened investors' enthusiasm.

The key difference between the new DEMZ fund and these now-defunct funds is in its underlying concept. Rather than focusing on holdings that may benefit if certain legislation is passed, the DEMZ ETF contains high-performing household names already in demand with investors whose leadership focus the lion's share of their political contributions on Democratic-linked causes.

One comparable ETF that is still up and running is clear on the other side of the political aisle. Launched in September 2017, the Point Bridge GOP Stock Tracker ETF (MAGA) includes 150 companies from the S&P 500 Index whose employees and political action committees (PACs) are "highly supportive of Republican candidates." The MAGA ETF's current assets still aren't very substantial at just $9.1 million after three years, but top holdings including General Electric (NYSE:GE), Invesco (NYSE:IVZ), and Charles Schwab (NYSE:SCHW).

What you need to know before investing in ETFs

There is inherent risk in any type of investment. Generally speaking, however, there are a wide variety of benefits to investing in ETFs as part of your long-term investment journey. If there is a particular company you would like to invest in, but you find that the share price is a little beyond your reach, you can still gain exposure to that stock by selecting an ETF with holdings in that company. In purchasing shares of an ETF, you become part-owner of every company contained within that fund, which further diversifies your portfolio. And now more than ever before, investors trading in the current market should avoid over-concentrating their portfolio.

ETFs do not always produce the substantial returns that an individual investment in a particular hot stock would, and funds with a political-oriented agenda have clearly underperformed the market in the past. However, funds containing high-growth, high-reward stocks can still bear fruit over time as a viable investment opportunity.

Whether you're a seasoned investor or a newbie, ETFs provide an opportunity to invest in your preferred sector (or in this case, political cause) without purchasing shares of each company separately. The diversified investor should weigh potential risks against the specific resistance levels of their own portfolio in determining whether this ETF is a personally advisable buy.