Developing the M1 cost billions, but the new chip could still bode well for Apple's Mac margins in the long run. 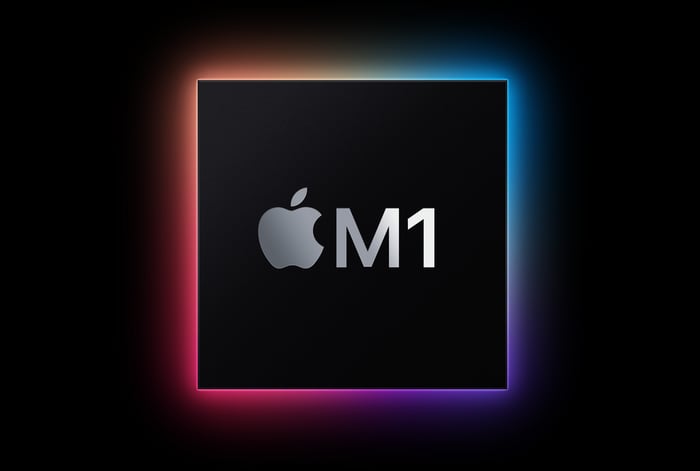 For starters, Intel chips cost hundreds of dollars each. Apple has undoubtedly secured volume discounts, but how much it pays the chip giant has never been clear. Analysts estimate that Intel sells about $3.4 billion in chips to Apple annually, but lacking unit sales data, it's difficult to estimate how much Apple pays for each processor.

By switching to its own processors, Apple will pay far less -- just the manufacturing costs that it pays to foundry partner Taiwan Semiconductor (NYSE:TSM).

Investors have long anticipated these cost savings, but they didn't know what Apple would do with them. Would Apple pass along those savings to consumers in the form of lower prices, or pocket them to expand margins?

A little bit of both

Ahead of the event, JPMorgan analyst Samik Chatterjee estimated that the shift would result in $75 per unit in cost savings. The analyst expected Apple to offer a new laptop priced in between the MacBook Air and MacBook Pro, which could boost demand and sell more units. 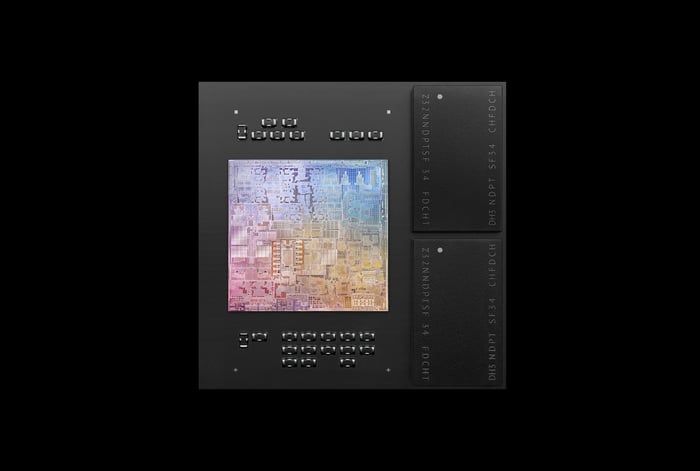 It turns out that the answer is a mix of both strategies. The M1-powered MacBook Air and MacBook Pro have the same respective starting prices, but the M1-powered Mac Mini is getting a $100 price cut. The MacBook Air is the Cupertino tech giant's most popular model, so most of those cost savings will translate into higher margins.

However, it could take some time for those higher margins to materialize. Generally speaking, processors built on the newest manufacturing technologies -- in this case, TMSC's 5-nanometer process -- often run into low yields as the foundry works out early kinks. Low yields lead to higher unit costs, as some of the silicon wafer ends up wasted. As the manufacturing process matures, yields improve, and costs come down.

Deutsche Bank analyst Jeriel Ong believes this may be why Apple kept the M1-powered MacBooks at the same price points. But over time, the costs per unit should decline and result in greater profitability. Once the rest of the Mac lineup is transitioned to Apple processors, earnings per share could increase by an estimated $0.13, or about 3%, according to Cowen analyst Krish Sankar.

"The new M1 chip is a positive step in leveraging existing R&D investments in silicon design ... [giving] better control over its technology road map while also allowing the company to optimize the cost structure of Mac systems going forward," Sankar wrote in a research note to investors this week.