Developing drugs to treat or cure rare diseases can be a lucrative line of business, as Orchard Therapeutics (NASDAQ:ORTX) and Alexion Pharmaceuticals (NASDAQ:ALXN) know. While it might seem highly limiting to target conditions that only affect a handful of patients worldwide, rare disease therapies are eligible for government programs that reduce research and development (R&D) costs while compressing the time it takes for a drug candidate to get approved. Plus, many rare diseases aren't treatable by any existing therapy, so developers can gain access to an untouched market.

The two companies I'll be discussing today are notable because they aim to exclusively treat rare illnesses. This means that they need to consistently demonstrate an immense competency in R&D across a plethora of different pathologies if they want to survive. So far, Alexion has wowed its investors with strong growth in its revenue and earnings. In contrast, Orchard is only at the start of its journey, and its appeal to investors is largely in the long-term potential of its early-stage pipeline projects. Let's investigate why both of these stocks are worth investing $1,000 in before the end of the year. 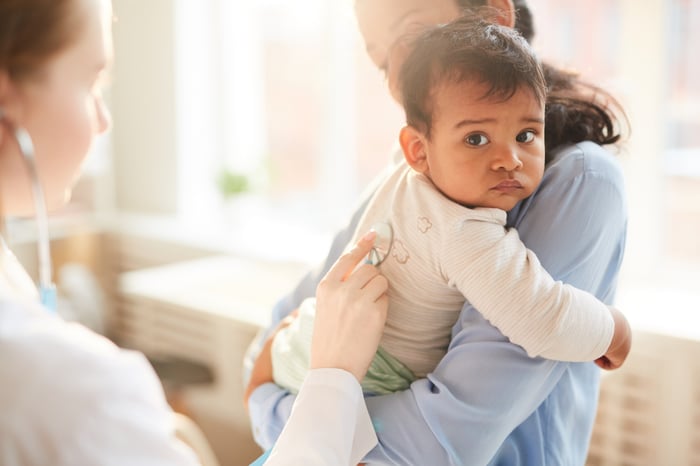 Orchard is developing gene therapies that can treat inherited conditions like metachromatic leukodystrophy (MLD), a frequently fatal neurological disorder that affects up to 600 people per year. In mid-October, the Committee for Medicinal Products for Human Use of the European Medicines Agency (EMA) gave approval for Orchard's MLD therapy, Libmeldy, to proceed to the final stage of the approval process. The drug was shown to be significantly more effective than a placebo in its clinical trials, and Orchard is hoping to market it to pediatric patients who are in the early stages of MLD so that they can stave off the disease's progression and maintain their quality of life.

This wasn't the final regulatory barrier between Orchard and its first recurring revenue source, as the final approval from the EMA isn't in yet. But there's a high chance that it will get the green light by the end of the year. Aside from Libmeldy, Orchard also has three other late-stage clinical trials that may result in new drugs hitting the market as early as the end of next year. Each of these approvals will add to its recurring revenue and cement the company's reputation as a developer of drugs for rare diseases. Though it's hard to predict exactly how rapidly Orchard will grow over the next few years, investors can rest assured that the company's engine of innovation is just getting started.

Alexion is the model developer of rare-disease therapies

Alexion's appeal to investors is dramatically different from Orchard's. This is a profitable, rapidly growing, and cash-rich company with a long list of approved therapies. And while Orchard has an impressive pipeline given its small size, Alexion's blows it entirely out of the water, boasting five programs in phase 3 of clinical trials and eight other clinical-stage programs. Investors should expect Alexion to grab more than five regulatory approvals for commercialization of wholly new therapies through 2025, driving significant additional revenue growth. When taking approvals for expanded indications of its previously commercialized medicines into account, the company expects to launch 10 programs by 2023.

And its financial strength is growing thanks to recent successes in penetrating the market for paroxysmal nocturnal hemoglobinuria (PNH, a rarte blood disease) with its drug Ultomiris, which exhibited year-over-year sales growth of 19%. In the most recent quarter, Alexion reported that its free cash flows had increased 48% year over year, which is a buy signal in and of itself because it signifies that its financial strength is increasing over time. Potential buyers will also be pleased to hear that Alexion has a share repurchasing program that has already spent more than $430 million in 2020 alone. And the company expects to see several of its clinical trials report on their pivotal results in the next year, each of which could be a catalyst for equity growth.

Despite its numerous favorable characteristics for pharma investors, Alexion's stock may not expand as rapidly as Orchard's over the next five years. Each new project may bring in impressive new revenue, but it'll be hard to make a dent in the company's bottom line, given that it made $5.9 billion in the last 12 months. Orchard, on the other hand, needs only to add modestly to its trailing revenue of $3.2 million to grow rapidly, which will likely be accomplished by Libmeldy's upcoming approval from the EMA. Nonetheless, for investors seeking a stock with reliable revenue and a longer history of effective competition, Alexion is still an excellent choice for investing $1,000.