It's 13F season, that time when top hedge funds disclose their buys from the previous quarter. In this case, hedge funds are now reporting their buys and sells from the third quarter, which spanned July 1 through Sept. 30.

Of note, September was an all-time record for technology initial public offerings. So, did top fund managers go far these red-hot new technology issuances, or did old-school managers go for beaten-down value stocks amid the pandemic?

Turns out, two high-profile hedge fund managers made big buys in the newly public software names, while another went for the opposite end of the spectrum, making a beaten-down value stock his largest position. 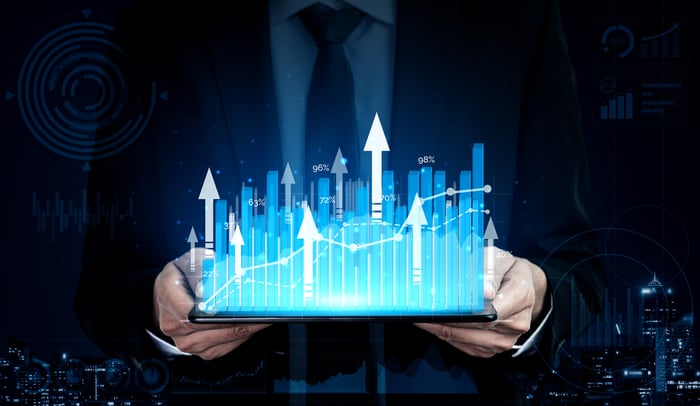 3G Capital buys the hottest IPO of the year

3G Capital Partners is perhaps best known for its infamous collaboration with Warren Buffett's Berkshire Hathaway (NYSE:BRK.A) (NYSE:BRK.B). In 2013, the two large firms teamed up to buy Kraft Heinz. That hasn't been a successful collaboration, as Kraft Heinz's big-name brands have been disrupted by a combo of cheaper private labels and customers who are opting for healthier options.

3G appears to have gotten the message regarding "disruption," as its most recent filings shows the hedge fund pivoting from the disrupted to the disruptors, with the firm diving headlong into high-growth technology stocks.

3G's most notable purchase in the third quarter was a new stake in high-profile IPO Snowflake (NYSE:SNOW). The cloud-native data warehouse company was 3G's biggest buy in the third quarter, as the firm made it a 9.6% position very quickly. While that is an awfully big buy, 3G runs a concentrated portfolio, so the large purchase only made Snowflake the fund's fifth-largest position.

Snowflake has turned heads with its hypergrowth and large market opportunity. Currently, Snowflake has a leadership position among data warehouses, as the product is able to ingest data from all three major public clouds. In addition, Snowflake is able to separate the storage and compute layers for data querying and processing, giving customers more flexibility and cost-savings.

3G might have gained confidence in Snowflake from its close relationship with Berkshire, which uncharacteristically purchased shares in the new IPO in a departure from its value investing ethos. According to Snowflake's CEO Frank Slootman, Berkshire's interest came through Buffett protégé Todd Combs, who currently heads Berkshire subsidiary GEICO, a big Snowflake customer.

Before you rush  in to follow, however, 3G likely bought into Snowflake at the IPO offering price of $120. If that's the case, the fund has already nearly doubled its money on this high-profile company. That would make buying shares today much less attractive.

Another high-profile new issuance in September was big data software platform Palantir (NYSE:PLTR). Unlike most other IPOs this September, Palantir went public via a direct listing; that's when the company "directly" lists its stock on an exchange, letting the public market decide the price, instead of banks raising money from funds and setting the price before the public can trade it.

Palantir is a big-data software platform that has its roots servicing the U.S. armed forces during the war on terror, but has since used its big data capabilities to penetrate other branches of government, such as the Department of Health and Human Services, as well as commercial customers that may also benefit from its capabilities.

Legendary hedge fund manager George Soros of Soros Fund Management is bullish on Palantir's prospects. Despite not being able to get in on an IPO, which usually offers preferred prices to large funds prior to public availability (such as Snowflake), Soros scooped up 18.5 million shares on the open market, making Palantir the fund's second-largest purchase during the third quarter and the fund's fifth-largest holding.

That's looking like a smart move these days, as Palantir is up almost 60% since it listed its shares at $10 in late September. Palantir's shares spiked earlier this month leading up to its first earnings report as a public company, in which Palantir beat revenue expectations and raised its full-year guidance. While shares initially fell after hours following the report because of Palantir's share-based compensation being higher than anticipated, shares soon bounced back in a big way the following day.

Palantir is a very interesting company that has seen an acceleration of revenue this year as more government institutions and commercial customers have discovered Palantir's offerings, which may be why this investing legend is so bullish on its shares. Still, Palantir shares aren't cheap, at over 24 times sales.

Finally, Third Point, run by Dan Loeb, is a high-profile fund that manages $10 billion and is occasionally an activist that pursues changes at his portfolio companies. Last quarter, Loeb not only took a new position in California utility stock Pacific Gas & Electric (NYSE:PCG) but also made it his largest position, occupying an 8% allocation in his fund.

On July 1, the first day of the third quarter, PG&E officially emerged from bankruptcy, after its plan of reorganization was approved by the California Public Utilities Commission's (CPUC) in late May, and the company raised additional capital toward the end of June. The capital raised included both new equity and debt, as well as the sale of its San Francisco headquarters. These proceeds will help fund the $25.5 billion in liabilities stemming from PG&E's role in sparking the 2018 Camp wildfire that was the deadliest wildfire in California's history.

Meanwhile, the company has a new CEO in Bill Smith, who, before joining PG&E's board in 2019, spent 37 years at AT&T, where he held several high-profile positions. Under Smith, PG&E has suspended its dividend to both fund much-needed safety upgrades, pay into a dedicated wildfire relief fund, and pay down its larger debt load, while also investing in newer green energy sources.

Despite these troubles, management forecasts adjusted (non-GAAP) net earnings in the $2 billion range for this year. PG&E's actual bottom line on a GAAP basis will actually be in the red because of extra bankruptcy costs, investigation costs, the amortization of wildfire fund contributions, and others. Still, new management forecasts PG&E growing its adjusted net earnings at a 10% annual rate over the next four years, during which time these other costs should fall off. At a market capitalization of just $22 billion, that's only around an 11 P/E ratio for a 10% grower, which may look very attractive to value investors looking past the utility's current troubles.

While wildfires and regulatory concerns still remain a risk, Loeb's Third Point apparently sees PG&E coming out of this ordeal as a stronger, less-risky company that is also investing heavily in a green energy future.