Shares of Arcimoto (NASDAQ:FUV) dropped as much as 18% this morning before recovering some of those losses. The stock remained down 9% as of 11:30 a.m. EST.

The maker of specific-use electric vehicles (EVs) reported its third-quarter earnings after the close yesterday and provided a business update.

Arcimoto announced in its earnings release that production and delivery of its pure EVs has resumed following disruptions from the coronavirus pandemic, and that revenue year to date through Sept. 30 has surpassed every prior full year. 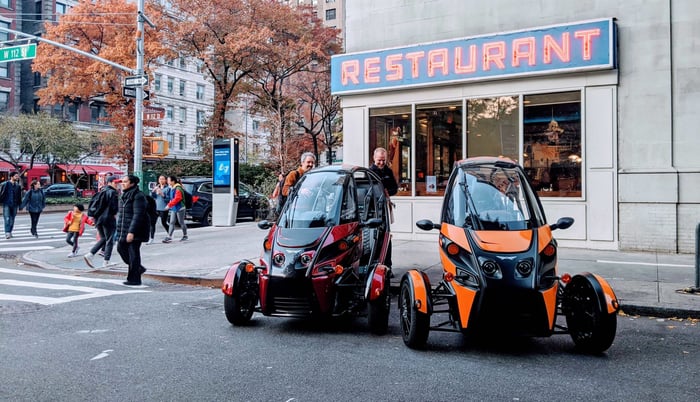 The company reported a net loss of approximately $4.6 million for the period, however, compared to a loss of $4 million in the prior-year period. It also announced the development of a new Roadster, using the three-wheel Arcimoto platform.

During the third quarter, the company announced a partnership with delivery company DHL to advance its direct-to-consumer model supporting its plans for mass production and home delivery nationwide.

The growing company's three-wheel EVs include the Fun Utility Vehicle (FUV), the Deliverator for last-mile delivery, and the Rapid Responder for emergency response use.

The company is scaling up to grow its production capacity to 50,000 units per year within 24 months. This compares to the 31 vehicles it delivered in September 2020. Shares have already risen more than 360% year to date, and some investors are taking profits today, as Arcimoto still has a long road to reach its production goals.