Shares of space hardware and Earth imaging company Maxar Technologies (NYSE:MAXR) jumped nearly 11% Tuesday morning after receiving a big vote of confidence from analysts at Canaccord Genuity -- and an even bigger price target. 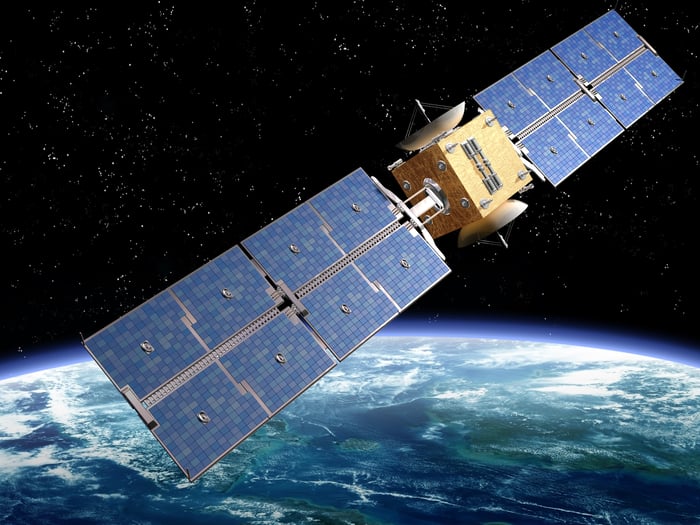 So what did Canaccord say to spark this rise? Let's start with a bit of (recent) history. Two weeks ago, Maxar stock got crushed, down 25% in a day after the company reported what appeared to be, at first glance, a solid earnings "beat."

As it turned out, however, the entirety of Maxar's profits in fiscal Q3 2020 came from a single "gain on remeasurement of the previously held equity interest in Vricon," according to the company, and free cash flow for the year to date continued to run negative. Combine that with a shrinkage in revenue from Maxar's all-important Earth Intelligence division, and investors pummeled the stock.

That's the bad news. Now here's the good. Over the past couple of weeks, Maxar recovered roughly half of its losses from earnings day, and as of close of trading Monday, was back within 12% of its pre-earnings price. Now, Canaccord thinks the stock could do even better than that.

With the stock still trading at a 12% discount, Canaccord has upgraded the shares to buy, predicting that the company's vertically integrated model of both building hardware and using that hardware to generate services revenue (from Earth imaging) will allow Maxar to grow "in both commercial and government markets," says TheFly.com.

Canaccord posits a $36 price target on the stock -- about 31% higher than where Maxar trades today. If Maxar can just get its debt load under control ($2.6 billion, net of cash -- about $1 billion above its own market cap), and return to generating cash instead of burning it, Canaccord may be proven right.