Hulu surpassed some big legacy pay-TV providers last quarter -- including Verizon, Cox, and Altice -- to become the fifth-largest pay-TV provider in the U.S.

Taking on the giants

As you can see, there's still a wide gap between Hulu and the four big U.S. pay-TV providers. But Hulu is growing quickly, while the competition is either losing subscribers or just treading water.

Hulu is doing well winning over customers leaving the traditional pay-TV ecosystem. "I think this will increasingly act as a solution to those households that have walked away from their traditional, more traditional cable type of subscriptions and potentially slide it over to Hulu + Live TV," Disney CEO Bob Chapek said on the company's fourth-quarter earnings call.

DISH's subscriber numbers are bolstered by its Sling TV service, which is on a downward trajectory as competing virtual multichannel video programming distributors (vMVPDs) like Hulu gain steam. Charter's also seeing a downward trend in video subscribers, but the recent increased demand for its internet service has supported its video subscriber count with new customers bundling video. 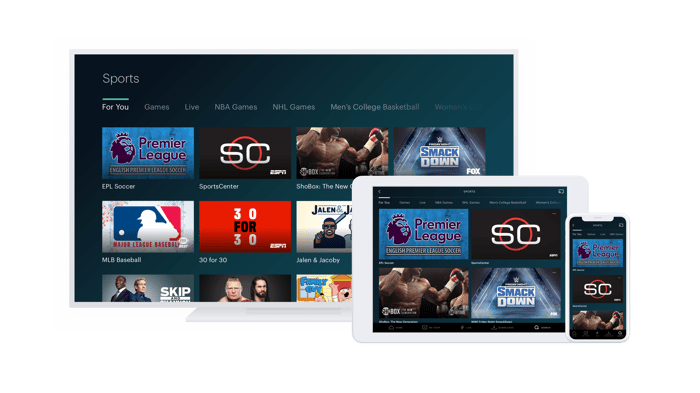 Meanwhile, Comcast and AT&T don't expect video subscriber losses to slow down anytime soon. Comcast has taken the stance of becoming practically agnostic whether its customers subscribe to its video service or not. It'll happily send customers a set-top box meant for streaming instead of cable TV. AT&T CEO John Stankey recently said cord-cutting still has a long way to go before it reaches equilibrium.

There are a couple of significant benefits to Disney as it scales Hulu + Live TV.

First of all, its media networks business will see additional support. Hulu is practically a guaranteed buyer of the media company's valuable cable networks like ESPN and Disney Channel. What's more, the sizable presence of Hulu + Live TV in the market provides additional leverage in negotiations with other pay-TV providers. Disney could ramp up advertisements for Hulu + Live TV to get more people to switch if it can't get a deal done with bigger distributors.

The second benefit is to Disney's overall direct-to-consumer streaming segment. Each Hulu + Live TV subscriber is also a Hulu subscriber.

Hulu generates a significant amount of its revenue from advertising, and much of the on-demand or "recorded" content on Hulu + Live TV is distributed through the standard SVOD service, not the Live TV service. That allows Disney to collect significantly more ad revenue than other pay-TV services thanks to its unique structure.

Additionally, Disney makes it very enticing for Hulu subscribers to become Disney+ and ESPN+ subscribers as well. The bundled offering has proven extremely effective. Using Hulu + Live TV as an on-ramp to Disney's broader streaming ecosystem (and vice versa) makes its customers less likely to churn out of the service and look elsewhere. As Disney increases its investments in content across all three of its streaming services, it should see continued improvement in that area.

The strength of Hulu + Live TV is important in supporting one of Disney's most important operating segments (media networks) and growing its biggest growth driver going forward (streaming). Continued growth of the live-TV service relative to its peers will produce relative strength in Hulu's media networks revenue and operating margin compared to its peers, support higher average revenue per user for Hulu thanks to increased ad revenue from on-demand viewing, and keep subscriber churn low across all of Disney's streaming services. That's important data for Disney investors to factor in their overall assessment of the company.