When Rocket (NYSE:RKT) went public in August, it drew instant interest from investors, both for its market-leading position in mortgage lending and its brand power as the parent of Quicken Loans. On the newbie-friendly trading platform Robinhood, more than 54,000 people bought shares, the most of any stock that day. Today, Rocket remains one of the site's most popular stocks.

Since the launch of the IPO of $18 per share, the stock has gone up slightly to around $22 per share. And the company just reported strong third-quarter earnings. Are these Robinhood investors on to something?

On a Rocket ship

Rocket has a few things going for it that set it apart from other lenders. First, it's the nation's largest home mortgage originator at a great time for the industry. Interest rates are in the 0% range, which means more people are taking advantage of the opportunity and either refinancing or moving to new homes. The National Association of Realtors reported that sales of previously owned homes were up some 20% in September year over year. 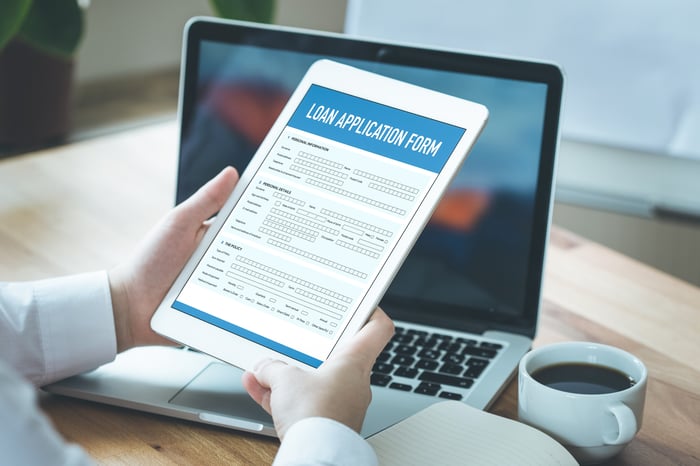 In the third quarter, Rocket posted a record $89 billion of closed loan volume, a 122% increase over the previous year. "To further illustrate the scale of this growth, Rocket Mortgage closed nearly $1 billion of origination volume each day in the third quarter," CEO Jay Farner said in the earnings call. "The scale and efficiency of our platform continues to drive substantial earnings power."

The third-quarter numbers were huge as the company made $2.9 billion in net income, a 506% increase year over year, while revenue was up 186% to $4.7 billion. The gain-on-sale margin, which is the difference between the retail and wholesale cost of a mortgage, was 4.5%, up 37% year over year. Farner said this is an important metric for Rocket because it speaks to a key advantage it has over competitors.

Rocket's major competitive advantage is its digital business model, where people can apply for a loan or refinance through the Rocket Mortgage app. Everything can be done through the app, including the transmission of documents and the signing of those documents. Its digital nature has become very popular among millennials, but during the pandemic, it has become even more popular as people avoid physical contact.

For Rocket, the result is cost savings as it takes away one of the biggest expense lines: loan officer compensation. This helps improve the gain-on-sale margins, which helps the bottom line.

"As a result of shifting demographics and the ongoing pandemic, we are seeing a rapid acceleration in the long-term shift from physical to digital transactions across the industries where we participate. Consumers today don't just prefer, they demand a completely digital experience," Farner said on the earnings call.

These 0% interest rates won't last forever, but they will probably be around for the next few years, according to the Federal Reserve. As an established market leader, at the vanguard of changes in how the industry does business, Rocket offers a big cushion for less experienced investors. Robinhood investors are definitely on to something.