A low pure-dollar share price isn't necessarily a sign that a stock is cheap, but it's also true that big things sometimes come in small packages. Read on for a look at three companies with stocks priced under $20 that could post market-crushing results. 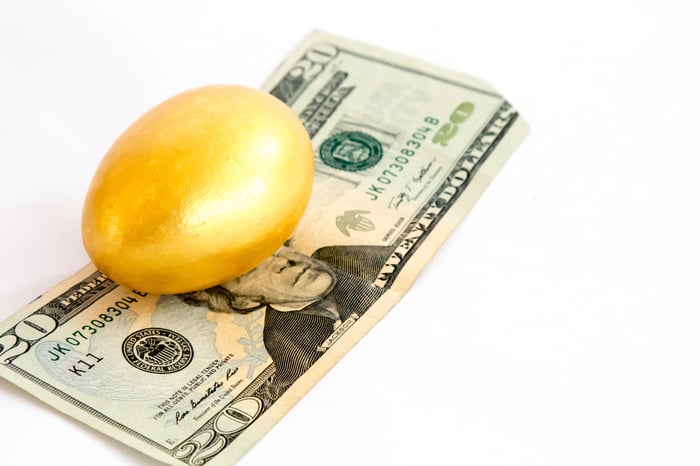 Video game publisher Glu Mobile (NASDAQ:GLUU) could be poised for a long-term rally. The company posted better-than-expected results with its third-quarter report early in the month, and its stock has enjoyed a significant pop following the earnings release. But shares still offer plenty of upside.

Strong performance for core franchises (including Design Home, Covet Fashion, and Tap Sports Baseball) helped the company once again deliver quarterly bookings growth that was much better than expected. Glu once again raised bookings guidance for this year, and management also pointed to potentially huge performance in 2021.

The big takeaway is that the company expects that content updates for its currently released lineup alone will be enough to drive bookings up about 7.5% in 2021. The launch of new games should drive performance far above that range.

Even after the recent pop for the stock, Glu is still valued at roughly $1.5 billion and trades at attractive multiples relative to other companies in the industry. It's a cheap play in interactive entertainment that could deliver big results.

Comments from management suggesting that some of its brands were aging also worried investors, and the stock suffered a precipitous drop following the third-quarter report. 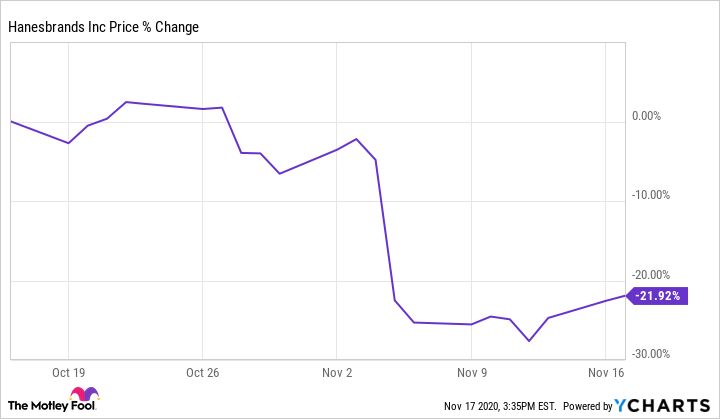 I used the sell-off to add to my position in Hanesbrands, and I expect that investors who buy the stock at current prices will see strong returns over the next few years.

Some of the brands in the company's stable are losing steam, and that's caused management to adopt a cautious outlook for the near term. New CEO Steve Bratspies has said that there's going to be a thorough review of the business, and it's reasonable to expect that the company will move resources from lagging brands to those that are better positioned to drive growth.

On the other hand, Hanesbrands still looks pretty solid, and the company has proved to be pretty resilient amid challenges created by the coronavirus pandemic this year. Its Champion brand in particular has continued to show strong momentum and looks to have staying power as a growth engine.

The recent sell-offs have also pushed Hanesbrands' dividend yield back up to roughly 4.6%. With the company treating the maintenance of the payout as a top priority even as it weighs potential brand pivots, investors can look forward to a dependable and substantial yield on shares that also have big comeback potential.

Mobile devices and television screens can have millions of individual pixels that need to function in harmony to present a crisp, colorful image. The colors that are displayed by these pixels are regulated by chips called display drivers, and Himax Technologies (NASDAQ:HIMX) is a leading designer of those chips.

Unfortunately, the display-driver market isn't very high margin. It also tends to be somewhat cyclical, with demand and pricing power being impacted by trends in the mobile and TV hardware markets. Soft demand in these markets caused Himax to endure weak sales and vanishing profits in recent years, but it looks like the business is poised for a rebound -- and maybe much more.

Demand for 5G, higher-quality screens, and other features could drive a strong upgrade cycle in the mobile market after growth stagnated in recent years, and Himax may also be able to score some wins with 8K televisions gaining some traction. The display-driver market seems to be on an upswing, and the company posted sales growth of 28% sequentially and 46% year over year.

Himax's potential to build business beyond display drivers and score wins in growth markets may be even more intriguing. It has been working on imaging solutions for augmented reality, virtual reality, and automotive uses. With the core business enjoying a rebound and the company valued roughly in line with expected sales for the year, the stock would likely soar if the company scores design wins in emerging growth categories.