AT&T (NYSE:T) is reportedly mulling whether to have its WarnerMedia division move its Wonder Woman 1984 to its HBO Max streaming unit just a week after its theater debut on Christmas Day.

As the last big-budget movie of the year that didn't get pulled from its screening premiere, the film's shift to video on demand so soon after hitting the big screen could be the knockout punch for movie theater owners AMC Entertainment Holdings (NYSE:AMC) and Cinemark Holdings (NYSE:CNK). 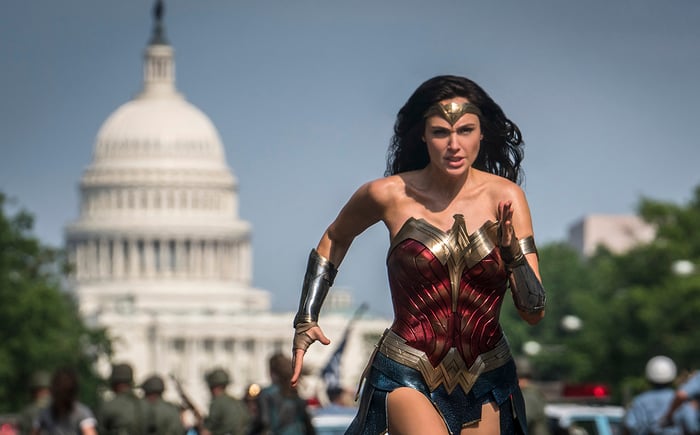 Bloomberg reports AT&T is trying to decide between delaying the movie's premiere to 2021, as most other studios have done, or allowing a very limited run before sending it to streaming.

The followup to 2017's blockbuster Wonder Woman is estimated to have cost $200 million to make, but with the original having generated over $820 million in box office receipts on an estimated $150 million budget, the sequel was seen as an opportunity to possibly break through the billion-dollar box office ceiling.

But that was before the pandemic forced movie theaters to close. Wonder Woman 1984's June release date got pushed back until August, then October, then once more to Christmas Day after Warner's other big budget film, Tenet, failed to generate big numbers over the Labor Day weekend. Now Warner Brothers is considering a fast hit and run to streaming.

That would be devastating to AMC, which is already hanging by a thread and expecting to run out of money by the end of the year. While Cinemark is more financially stable, a studio choosing a one-week showing schedule would wipe out most of the revenue a theater could hope to make from a film.

When AMC agreed to a 17-day window of exclusivity with Comcast's (NASDAQ:CMCSA) Universal Pictures instead of the usual 75-day window, Cinemark and Regal theater owner Cineworld grumbled it eliminated the long tail of profits a film generates.

AMC's argument was a movie made most of the money over the first three weekends it was shown, and because Universal agreed to cut the theater operator into some of the revenue generated from moving to streaming, it would be able to make up what it was losing at the box office.

As Universal has made the terms available to any theater operator, Cinemark recently agreed to do it on a movie-by-movie basis rather than as a blanket proposition as AMC chose. Yet if studios are going to show a film for as little as one week and then go to streaming without cutting theaters in on the revenue generated, it could cripple them enough that they go bankrupt.

Theaters need the promise of a run that lasts at least a few weeks to survive. If more studios follow WarnerMedia's lead it would be devastating, though it's not hard to understand why they'd consider it.

Tenet, though, was also critiqued not only for being confusing (not unheard of for a Christopher Nolan movie), but also for not having the payoff Nolan usually delivers. It might not have done well regardless of the theater situation. Of course, theater owners can't hope other studios see the nuance in that example.

Cinema needs big-budget movies in theaters to survive. Even in Cinemark's agreement with Universal, CEO Mark Zoradi said, "We're willing to create a dynamic window and let (smaller movies) go to home entertainment on a quicker window." They can't thrive if studios take their blockbusters to streaming quickly, too.

Certainly studios still need theaters because streaming, pay per view, and rental can't come close to the revenue theaters generate for their tentpole films when consumers come out to see them on the big screen.

Yet if studios continue to quickly take their hits to television or premiere them on their streaming services, they just might starve the theater owners to the point where streaming is their only outlet left.