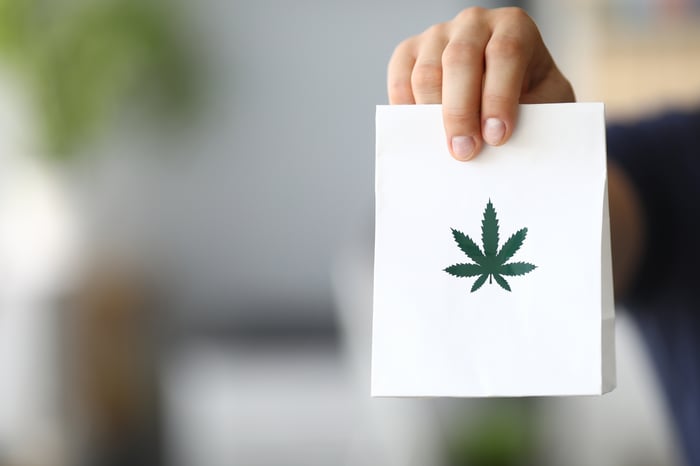 As the largest Canadian marijuana producer by market cap, Canopy Growth has established itself with its diverse collection of brands. Canopy's cannabis-infused beverage segment holds a 54% market share with five ready-to-drink beverages under the Tweed, DeepSpace, and Houseplant brands. It also operates retail stores under the Tweed and Tokyo Smoke names, and by Sept. 30 -- the end of second-quarter 2021 -- it had 48 of these locations across the nation.

In Q2 2021, revenue was $135 million Canadian, up 77% compared with Q2 of the previous year. The increase was driven by sales from two acquisitions: Sales from vaporizer maker Storz & Bickel, which Canopy bought in December 2018, and from sports nutrition producer BioSteel, purchased in October 2019. Canopy Growth saw negative adjusted earnings before interest, taxes, depreciation, and amortization (EBITDA) of CA$85.7 million, better than the loss of CA$150.4 million it posted in the same quarter of the prior year. By the end of the quarter, Canopy Growth had cash and short-term investments amounting to CA$1.7 billion.