While the COVID-19 pandemic has decimated travel and out-of-home entertainment spending, the retail sector has been less affected. In fact, retail sales are positively booming, as consumers use savings from money not spent on experiences to satisfy their spending itch on physical items. The SPDR S&P Retail ETF (NYSEMKT:XRT) is up 26.5% on 2020, well ahead of the overall market's 12% gains.

With COVID cases still spiking, a vaccine distribution many months off, and many winning retail names scooping up new loyalty members this year, the following three stocks look set to continue their strength into 2021. 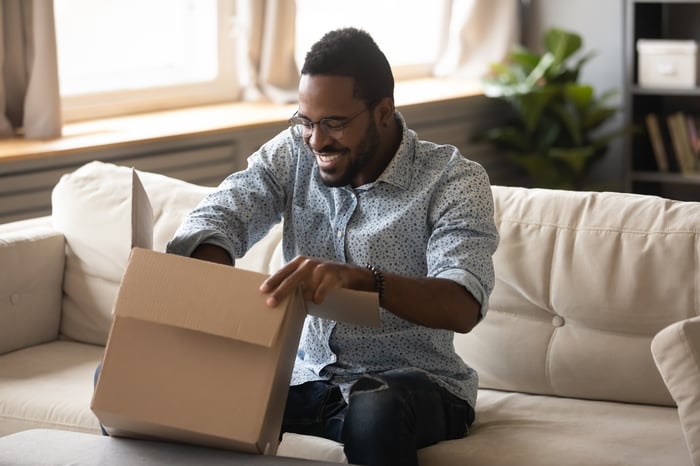 No surprise -- online retail giant Amazon.com (NASDAQ:AMZN) has had a great year. In fact, Amazon proved to be one of the most essential businesses in the market amid COVID-19, with many depending on its quick delivery times and vast inventory.

While Amazon's stock is up 68% this year, it's down about 10% from its late summer highs. A rotation out of tech and into more "recovery" stocks has occurred recently, so now may be a good time to give the stock a new look.

Recently, Amazon launched two new retail ventures that could become growth engines beyond 2020. One is Amazon Pharmacy, which allows consumers the option of getting their prescriptions quickly and securely through Amazon's site. Amazon Pharmacy will offer free two-day delivery to Prime members, with discounts up to 80% on generic medications and up to 40% off brand-name medications, and saving customers money whether or not a prescription is covered by insurance.

As second innovation is the introduction of Amazon Fresh, Amazon's new grocery store concept that offers a smart "Dash Cart" enabling cashier-less checkout. The story has flown somewhat under the radar this year, as Amazon has only opened its first pilot store in Thousand Oaks, CA, with many investors focused on e-commerce amid the pandemic.

Still, the new concept is potentially disruptive to physical grocery stores. In a low-margin, high-turnover business like groceries, eliminating a key cost and traffic constraint could set Amazon Fresh apart. The new store concept may also include a physical pharmacy that ties in with Amazon online pharmacy as well.

While the pandemic has clearly boosted online and delivery businesses, a large majority of grocery and pharmacy purchases are still made in physical stores. Amazon knows this and is wisely using its current profit windfall to roll out its physical store footprint for post-pandemic days ahead. 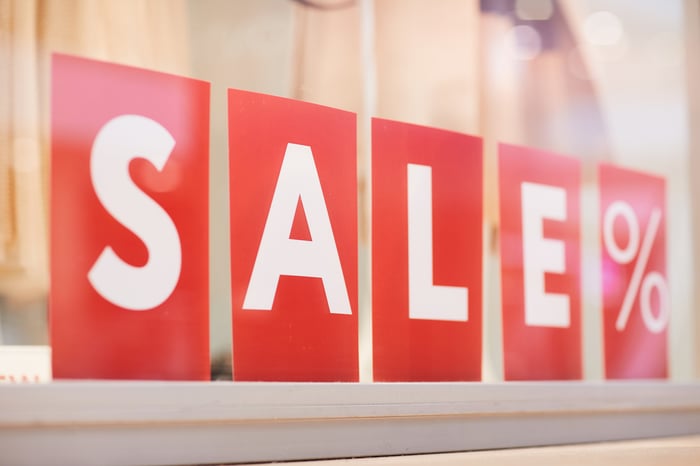 Ollie's Bargain Outlet (NASDAQ:OLLI) has also taken a breather since hitting all-time highs back in August. Despite still being up about 40% on the year, its stock is down about 18.6% from those August highs.

That may be as good of an opportunity as you'll get to get to buy this discount retailer. Ollie's has a very strong business model, which a typical store generating about a two-year payback, or a 40% return on invested capital.

Somewhat ironically, this year's results have been turbo-charged by the pandemic. Stimulus checks combined with competitor store closures drove many to Ollie's low-priced deals, which include a wide array of household items, food, clothing, books and stationary, and other items. Ollie's gets roughly 70% of sales from discounted closeout items from other brand-name retailers, and 30% from its own partners and private label goods. The thing that is consistent is rock-bottom prices, and that drew a ridiculous 58.5% sales growth on top of an incredible 43.3% comparable sales growth last quarter. EPS was up an even more ridiculous 200%, as much of these extra sales fell straight to the bottom line.

Management was careful to note that that rate of same store sales growth isn't sustainable, and that after a post-pandemic surge, comps had decelerated to the still-impressive high teens. Still, this year's windfall has fortified Ollie's balance sheet to the tune of $305 million with no debt, and the company has a clear path to over 1,050 stores, or about triple its current store count today.

With a recession-resistant, high-ROIC business model, a long runway for growth, and a very reasonable PE ratio of just 28 times earnings, Ollie's looks like a solid pickup after its recent pullback. 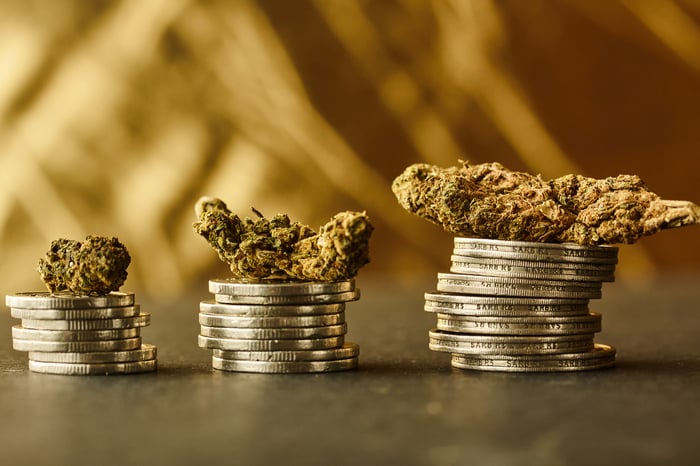 Trulieve is growing like a weed in Florid and expanding to other states in the northeast. Image source: Getty Images.

Next up is a specialty retailer Trulieve (OTC:TCNNF) -- a very special retailer indeed, as the dominant vertically integrated cannabis retailer in Florida.

Trulieve just reported its third quarter results, which were quite impressive. Due to its dominant 50%-plus market share of the large state of Florida, Trulieve has industry-leading profit margins with adjusted EBITDA at 50% of revenue.

During the quarter, Trulieve grew revenue 93%, on the back of 19% same-store sales. More impressive, this came in spite of some of Florida's third-party testing facilities being backed up, which caused Trulieve to leave some money on the table. Increased COVID-related costs also slightly dented profitability.

Trulieve is using its excellent balance sheet, with $193.4 million in cash versus only about $130 million in debt, to now expand into other states. The company just closed its acquisition of a grow facility and dispensaries in Pennsylvania, the fifth most populous state, which will begin contributing to results going forward. Last quarter, had they been counted, Pennsylvania operations would have added about $18 million in revenue. Trulieve was also just awarded a processing license in West Virginia, a state adjoining Pennsylvania, which could benefit from current Pennsylvania operations should federal regulations eventually allow movement of cannabis across state lines.

Speaking of regulations, with a Biden administration incoming in January, any sort of regulatory change next year will likely be positive for the cannabis industry. Trading at just 12 times EV/EBITDA, extremely cheap for a company growing that fast, Trulieve looks like a great pick for higher-risk investors open to the cannabis industry.