If you're just starting to build a portfolio of stocks, congratulations! Stocks are a tool used by many people to build long-term wealth. As you get started, it's important to have a plan to be diversified, since even the best stock pickers get it wrong sometimes. In recognition of our fallibility, diversification across a basket of stocks is a good way to reduce risk.

As you get started, it's important to pick a few stocks that are extremely low risk. A big loss early on can discourage investors from continuing to build out a new portfolio. If you're looking for some stocks to build your portfolio around, here are three ideas to consider today. These aren't necessarily the best ideas for beating the market, but I feel confident these companies won't stick their shareholders with losses over the long haul.

1. Applied Materials: It doesn't matter who wins the semiconductor wars

Almost everything electronic uses semiconductor technology. Whether it's computers, smartphones, next-generation smoke detectors, or light bulbs, they all operate using circuits and chips. This is perhaps most obvious when it comes to data creation and storage. According to an IDC report sponsored by Seagate Technology, by 2025, our world will be creating 175 zettabytes annually, up from just an estimated 45 zettabytes in 2019. For perspective, just 1 zettabyte is a trillion gigabytes.

There are multiple implications here. First, more memory products will need to be produced to handle the data load. But also new technologies will need to be faster and better at organizing and deciphering the data. Companies like NVIDIA, Advanced Micro Designs, and Micron all play in this space. But it's hard to know which of these has the upper hand. That's why a company like Applied Materials (NASDAQ:AMAT) can be a good choice to take advantage of the big-data trend.

Applied Materials manufactures equipment used by other companies to make their semiconductor products. For this company, it doesn't really matter which has better products; it's poised to profit in any scenario. As long as semiconductor volume is increasing (and it is) and Applied Materials is running a tight ship, it can deliver positive shareholder returns.

The semiconductor industry is cyclical, so Applied Materials shareholders should anticipate up and down years. That said, things are trending up at the moment. In its most recent quarter, the fiscal fourth quarter of 2020, the company reported record revenue of $4.7 billion and record earnings per share of $1.23. Considering this could be just the start of a multi-year upward cycle, there's good opportunity for Applied Materials to generate strong cash flow and use it to buy back a lot of stock and pay an increasing dividend for years. 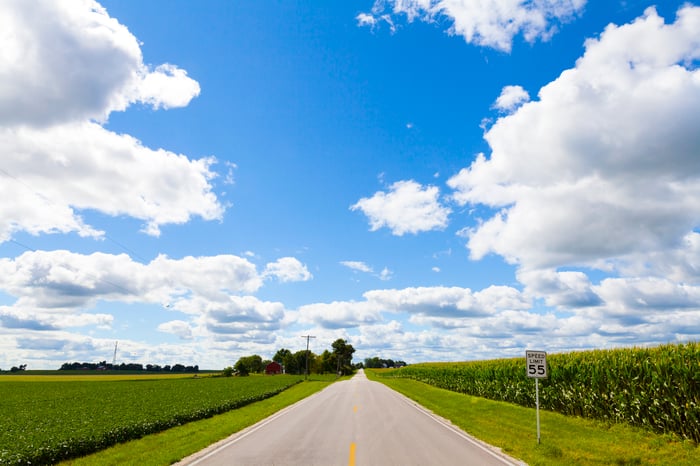 2. Dollar General: A solid business in good and bad economies

Dollar General's success might be attributable to its preferred niche market, small-town America. A 2014 report from the U.S. Department of Agriculture shows employment in rural towns holds up better during recessions thanks to a dependence on farming and other stable industries. This is Dollar General's sweet spot. And since these markets are small, big-store retailers aren't compelled to swoop in, and that reduces competition.

A new Dollar General store pays for itself in under two years. The company has already identified around 9,000 spots to open yet another store. Simply put, Dollar General can grow sales at existing stores and open plenty more to deliver returns for its shareholders for a long time. 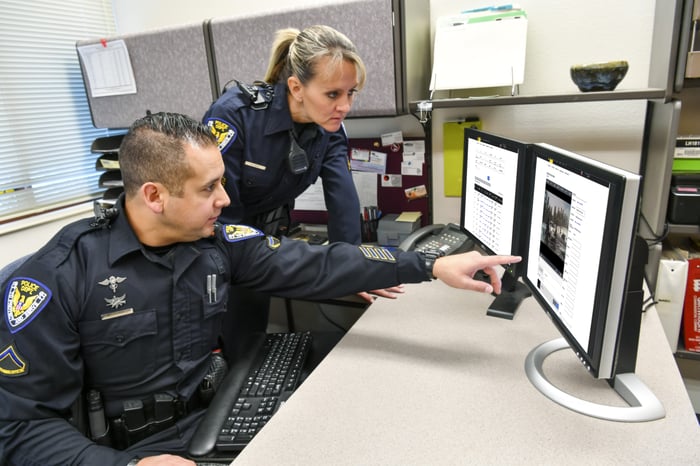 Law enforcement isn't seasonal. Sure, local governments increase and decrease budgets depending on tax revenue and politics, but officers and troopers perform their duties year-round. Axon Enterprise (NASDAQ:AAXN) serves this noncyclical law enforcement community with its hardware and software products, and 71% of the company's revenue was recurring as of the end of 2019.

A strong balance sheet is a hallmark of Axon Enterprise. Between cash, cash equivalents, and investments, the company had $628 million as of Sept. 30. And it also likes keeping the balance sheet debt free. Axon is therefore able to quickly act if it sees a way to improve its business. For example, it just spent $54 million to buy land at an auction. This will allow the company to consolidate operations in one location, creating long-term cost efficiencies.

Lastly, one reason to like Axon Enterprise is that it's as close to a monopoly as any company around. There are other players in the industry offering devices and software, but arguably none rival the comprehensive product Axon currently offers. The company believes its product makes law enforcement better and more efficient, and its high customer retention rates suggest that's indeed the case.

In summary, we don't know if a recession or stock market correction is just around the corner. So if you're just starting your portfolio today, consider building around companies like Applied Materials, Dollar General, and Axon Enterprise, which are less exposed to risk than many other stocks.