Please ensure Javascript is enabled for purposes of website accessibility
Free Article Join Over 1 Million Premium Members And Get More In-Depth Stock Guidance and Research
By Rich Duprey - Nov 25, 2020 at 11:11AM

Shipment delays are causing disgruntled customers to seek out other fitness equipment manufacturers.

Delivery issues that have been building up throughout the pandemic for Peloton Interactive ( PTON -2.02% ) could begin spilling over, hurting its own sales while helping those of rivals like Nautilus ( NLS 2.18% ).

Management recently admitted the delays customers are experiencing are "unacceptably long," but the problems are primarily the result of port issues as it receives shipments from overseas manufacturers, according to The Wall Street Journal. 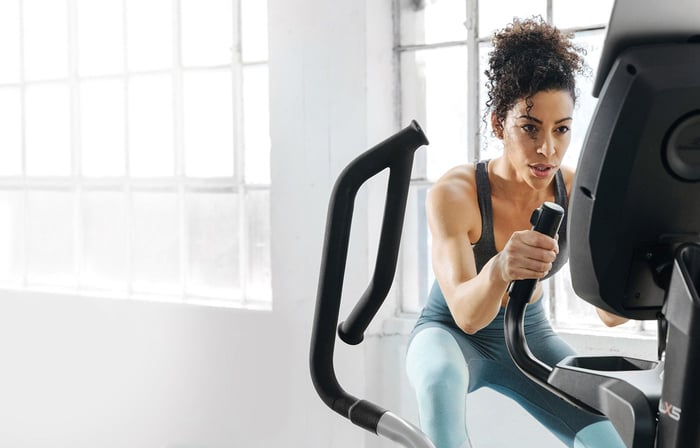 Peloton's business, as well as those of other home fitness equipment makers, has exploded during the pandemic as gyms were forced to close.

While the manufacturers expect some subscribers to their connected fitness classes to go back to their previous out-of-home workout schedules when the pandemic is finally brought under control, they're using the opportunity to try to win new loyal customers.

The Journal, though, reports of growing online dissension among Peloton customers, some of whom have formed support groups to discuss how to use Peloton's fitness courses with another company's equipment.

Nautilus is expecting full-year 2020 sales to surge 75% over the year-ago period, hitting as much as $565 million. Third-quarter sales were up 152% year over year, a record for the company, while operating profits of $44 million were the highest in the company's history.

Undoubtedly a portion of those sales are coming from previous Peloton customers who report some deliveries have been delayed until well into January 2021.

While the trend is worrisome, it hasn't affected Peloton all that much. Its own quarterly earnings report saw sales triple from the third quarter in 2019.

The sales growth comes despite Peloton's equipment prices being substantially higher than the competition. But high prices coupled with long delays in receiving orders may convince consumers there are better options available.