Black Friday is almost here, and it's shaping up to be a huge season for e-commerce. Verizon's Business Retail Trends Report found that online shopping traffic through the first week of November was up 82% compared to the same period this year, and top players in the space will likely see strong performance thanks to the momentum.

With online retail booming as we barrel into the holiday shopping season, we asked three Motley Fool contributors to spotlight an e-commerce stock that's poised for strong performance. Read on to see why they think that Amazon (NASDAQ:AMZN), Pinterest (NYSE:PINS), and Target (NYSE:TGT) will emerge as huge winners. 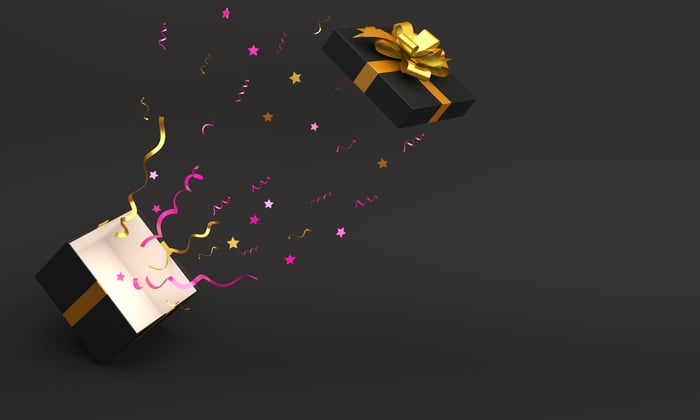 The online retail leader -- and much more

Everyone expects Amazon to do huge numbers through the remainder of the year as coronavirus-related concerns continue to shape the overall retail market, but performance may come in even better than anticipated. The e-commerce business will likely post stellar performance this holiday season -- and in the many holiday seasons to come.

As the nation's far-and-away leader in general online retail, Amazon is better positioned to soak up e-commerce momentum than any other company in the U.S. Its market-leading cloud services can also be counted on to play a major role in facilitating the continued growth of online commerce and communications. Online retail players including Pinterest and Adobe Systems already rely on Amazon's cloud-computing services to help keep users happy and engaged. Dominant positions in both e-commerce and cloud computing give Amazon the resources and know-how to expand and thrive in emerging growth categories. The company has never looked stronger.

This turnaround story keeps getting better

Joe Tenebruso (Target): E-commerce was once an existential threat to Target. From early 2016 to mid-2017, the retail giant's stock shed 40% of its value as it sacrificed market share and profits to Amazon.com and other online rivals. Yet Target embarked on a turnaround plan in which it spent heavily to fortify its own online operations. These investments are now bearing fruit, and they've helped Target become a formidable force in the e-commerce arena.

Target spent billions of dollars to remodel its stores and strengthen its omnichannel capabilities. By using its stores as fulfillment and distribution centers, Target was able to cut its shipping costs, and offer fast and convenient delivery options to its customers. It also paid $550 million to acquire same-day delivery platform Shipt in late 2017 as a means to further strengthen its distribution network.

These moves have proved prescient. Target's e-commerce business is booming. Its digital comparable sales soared 155% in the third quarter. Surging online sales helped to drive a 21% increase in Target's overall revenue, to $22.6 billion, and a 45% jump in its earnings per share, to $2.01.

Better still, it's now Target that's taking share from its rivals. The discount retail leader gained market share across all five of its core merchandise categories in the third quarter. In total, management estimates that Target has added over $6 billion in market share so far in 2020.

These trends should continue well into the future as Target continues to wrestle away sales from retail competitors that have been unwilling or unable to invest in their e-commerce operations. With its online success fueling its growth, Target's shares have rallied 40% so far this year,  and its stock appears set to reward investors with even more gain in the years ahead.

Will Healy (Pinterest): Americans live in a consumer society where shoppers have to find gifts for those who seem to "have everything." This creates a dilemma during the Christmas shopping season as buyers scramble for gift ideas.

This is where Pinterest can help. While it is technically an ad platform, 89% of people use the site to inspire purchases, according to the company. Pinterest pins will then link these customers to e-commerce sites. With 442 million monthly active users (MAUs), this can add up to a lot of sales.

Pinterest stock has risen by 250% this year. At a forward price-to-earnings (P/E) ratio of approximately 100, Pinterest is a pricey stock. Nonetheless, given the revenue and earnings increases posted, investors may likely continue to bid the price higher.

In the latest quarter, the company experienced a 58% revenue increase from year-ago levels. Non-GAAP (adjusted) net income also surged by about 1,370% in the same period, albeit from a very low level one year ago.

Moreover, history points to a bump in holiday activity. The fourth quarter of last year accounted for about 35% of Pinterest's yearly revenue. During this time, the company also increased its non-GAAP income by 55% from year-ago levels.

Additionally, Pinterest ended last year with 335 million MAUs, an increase of more than 100 million in less than a year. This may help explain why the company projects a 60% year-over-year increase in revenue in Q4. It may also point to a lot of pinning happening on Black Friday.