The stock market had an amazingly strong November, and even a down day for the Dow Jones Industrial Average (DJINDICES:^DJI), S&P 500 (SNPINDEX:^GSPC), and Nasdaq Composite (NASDAQINDEX:^IXIC) wasn't enough to stop the market from enjoying great returns for the month. By the end of trading, the Dow had risen by nearly 12% in November, matching the Nasdaq's rise and outpacing the roughly 11% gain for the S&P 500 for the month.

A couple of areas that have been extremely popular this month are electric vehicle technology and marijuana stocks. Monday continued the trend of strong performance in those areas. FuelCell Energy (NASDAQ:FCEL) saw its stock reach a new milestone, while Aurora Cannabis (NASDAQ:ACB) enjoyed a strong gain as investors start to look forward to 2021.

FuelCell charges up in November

FuelCell Energy finished higher by 5% on Monday. That brought the hydrogen fuel cell specialist's share price above the $10 mark for the first time since 2018. It also closed a month in which the company's stock jumped more than fivefold.

But the day wasn't free of volatility for shareholders. During the morning hours, FuelCell and its peers in the fuel cell industry seemed to react negatively to news that General Motors had decided not to build as deep a relationship with electric truck specialist Nikola as originally expected. 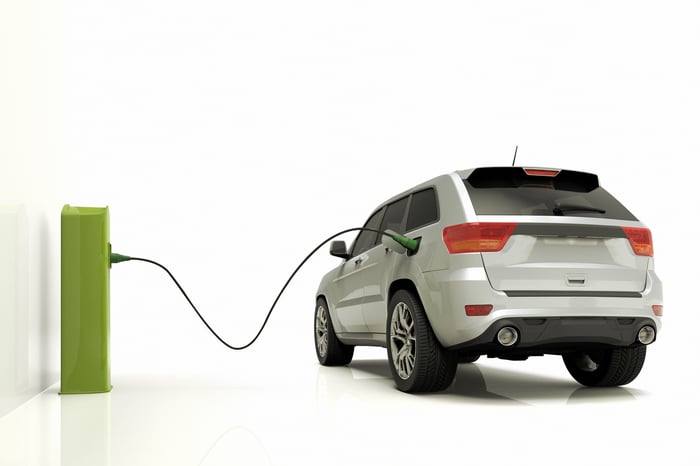 The bullish case for FuelCell and its peers relies on a couple of things. First, internal combustion needs to give way to vehicle technology that relies on electrical generation, ideally through the use of the hydrogen fuel cells in which FuelCell has concentrated its attention. Also, FuelCell has to demonstrate why its own products are superior to those of its rivals. A substantial partnership with a major automaker would be a nice way to achieve both of those goals.

We're a long way from a final answer on how vehicle technology is likely to evolve and whether FuelCell will be a long-term winner. Until more time passes, investors in FuelCell can expect a rocky ride, with plenty of rises and falls along the way.

Elsewhere, Aurora Cannabis finished the day with a nearly 12% gain. Some action in the cannabis complex gave a boost to several companies in the sector, and Aurora in particular remains an investor favorite.

From a big-picture view, Aurora has been just one of many pot stocks that have benefited from the results of the November elections. Most investors see President-elect Joe Biden as being friendlier to the prospects of legalizing marijuana at a national level than President Donald Trump. Moreover, at the state level, five states passed ballot measures to allow for the use of marijuana.

It's hard to get excited about Aurora's latest move, though. Over time, the Canadian cannabis company has seen share-price spikes like this several times. Yet each time, Aurora has taken advantage of price spikes to make secondary share offerings. These stock sales have diluted the interests of early investors, hurting returns and making it less likely that they'll ever fully recover their losses.

The cannabis industry has a lot of promise. But there might be better ways to play it than Aurora, even if shareholders like the marijuana stock today.