Shares of movie theater operator Cinemark Holdings (NYSE:CNK) fell just shy of 10% at one point today. The big story, however, didn't specifically apply to Cinemark but really to the broader health of the movie theater industry. And this weekend revealed that the news isn't good.

Long holiday weekends have historically been very good for movie chains. People are often looking for something fun to do, and movie production companies generally try to accommodate them by releasing blockbuster movies. For example, in 2019 the Thanksgiving weekend saw a box office pull of $262 million driven by Disney's Frozen 2. According to industry watchers, the same holiday weekend in 2020 had a box office of just $17 million or so, driven largely by Universal's second installment of The Croods, which chimed in with revenues of roughly $14 million. 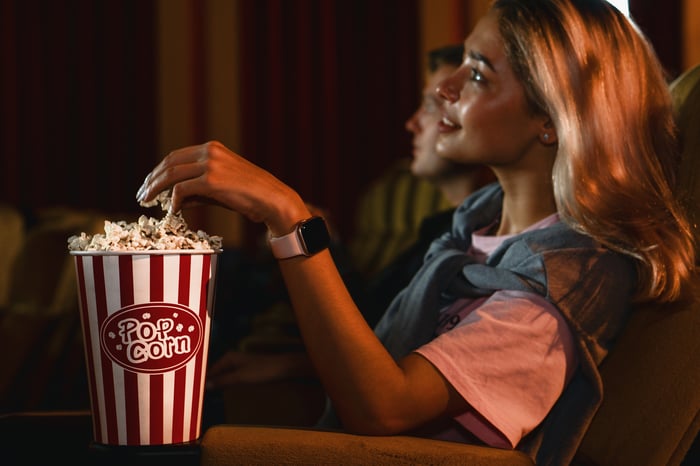 To suggest that this was a painful year-over-year decline wouldn't do justice to the drop. The obvious reason for the weak weekend showing was the global coronavirus pandemic. Efforts to contain the spread of the novel illness resulted in the closing of Cinemark's theaters earlier in the year. Even though theaters are reopening, they are operating under reduced occupancy and facing enhanced cleaning regimes to try, seemingly in vain, to calm customer nerves about COVID-19. Meanwhile, movie producers have been reluctant to release new movies. All in all, there's little demand among consumers, as the holiday weekend clearly revealed. The drop in demand doesn't bode well for the near-term future, including the end-of-year holidays, which have historically witnessed big movie releases.

Movie chains like Cinemark are in a bind, with fears about COVID-19 resulting in consumers avoiding theaters. That, in turn, has led movie producers to stop releasing the very movies that might lure customers back to movie houses. The world needs to get past the coronavirus before there's likely to be a sustained chance to break this vicious and damaging cycle. Getting from here to there will not be easy for Cinemark or its peers. Most long-term investors should probably avoid the movie space, and Cinemark Holdings, for now.