This Chinese cosmetics company has positioned itself well for long-term growth.

Yatsen Holding ( YSG -8.74% ), which owns one of China's biggest cosmetics brands, Perfect Diary, began trading on the New York Stock Exchange on Nov. 19 through an IPO that raised $616.9 million.

This Chinese company is relatively unknown in the U.S. but one of its backers has a history of successful early investments in some of the biggest tech companies out there. That suggests it might be worthy of further investigation as a potential investment. 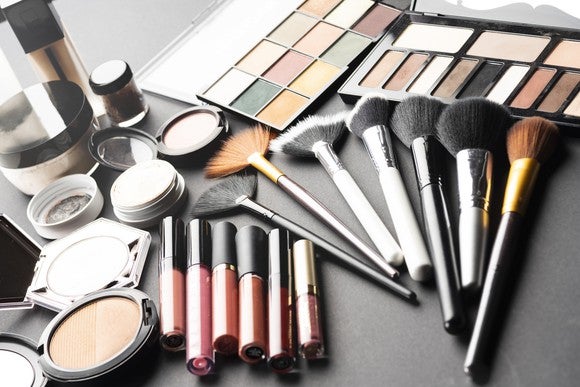 Yatsen was formed on a bet that two megatrends could help shape China's next blockbuster beauty brands. The first is the rise of Chinese e-commerce platforms such as Alibaba's Tmall, JD.com, and Vipshop, which are now de facto destinations for beauty shoppers. The second is the popularity of social media platforms like Bilibili and ByteDance's Douyin (the Chinese version of TikTok), where hundreds of millions of users spend hours every day.

Yatsen leverages behavioral, sales, and market data generated by those e-commerce and social platforms to create and test new products and stay ahead of evolving trends. By turning product development from an "intuitive art to a data-driven science," it takes products from concept to launch in less than six months. That's much faster than its global peers, which, according to the company, take seven to 18 months to develop a new product.

The disruptor also approaches sales and marketing in non-traditional ways. For example, with its e-commerce stores and social media channels, Yatsen sells most of its products directly to consumers without third-party distributors that usually charge half of a brand's profit. It has also built a network of almost 15,000 "key opinion leaders" -- social media influencers and celebrities -- to help promote its products and increase its brand reach. Moreover, it has 48 million followers on social media, which it can reach with near-zero marketing costs. These efforts result in higher sales conversion, but at a fraction of the incumbents' cost.

According to Yatsen's IPO prospectus, China's per-capita spending on beauty products is still well below other major economies, at $27.70 compared to $86.50 in the UK, $152.80 in South Korea, and $96.60 in the U.S. As such, the retail sales of beauty products in China are expected to grow at a compound annual growth rate (CAGR) of 10% over the next several years to reach $69 billion in 2025.

This suggests plenty of room for growth for the young beauty company. To this end, Yatsen can deepen the market penetration of its flagship brand Perfect Diary, which historically focused on color cosmetics products for consumers aged between 15 and 24.

Beyond that, it aims to replicate the success of Perfect Diary by introducing new brands targeting different price points and product categories. For example, Little Ondine, launched in 2019, targeted young adult women in higher-income cities. Abby's Choice and Galénic -- which Yatsen acquired in October -- could also help the company penetrate China's facial skincare market, which is almost four times the size of the color cosmetics market.

Still, there's no guarantee that Yatsen's future growth will be smooth. It has to fend off competition from established global cosmetics groups such as L'Oreal, LVMH, and Estee Lauder, which are eager to grow their market share in China. Moreover, it is a very young company, and it remains to be seen whether its digitally native business model can sustainably churn out popular products over time to maintain and grow consumers' mindshare.

Yatsen is a good example of how a start-up smartly leverages digital tools to outcompete the incumbents in the industry.

If it can sustain its strong execution, there's a good chance that Yatsen could become the biggest beauty company in China. Thus, investors might want to monitor the company's development (whether it can continue its high growth rate, introduce new products, etc.) over the next few quarters, and then decide whether or not this recent IPO is worth investing in.