Volkswagen's (OTC:VWAGY) famous brand name will not adorn any racing cars in the future. The global carmaker announced Tuesday that it is ending its motorsports activities, with the Volkswagen Motorsport subsidiary being folded directly into the company. In their new positions, ex-Motorsport employees will work on Volkswagen electric vehicles (EVs).

The company did not provide a timeline for this change. It did say that all 169 Motorsport employees are being offered transfer contracts for their new positions. 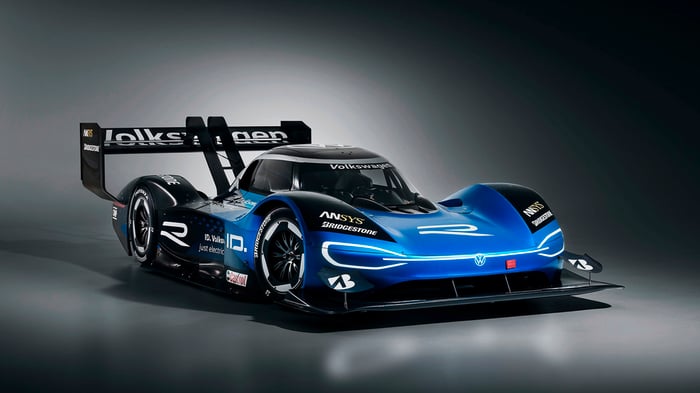 Those people are no strangers to EVs. Volkswagen Motorsport developed a race car, the ID.R, powered by the technology, which set records on several tracks.

The knowledge gained from that project is to be put to use for the company's future EV endeavors. "The deep technical expertise of the motorsport employees and the know-how gained from the ID.R project will remain with the company and will help us put further efficient models from the ID. family on the road," Volkswagen quoted management board director Frank Welsch as saying.

As with other sprawling international vehicle makers, Volkswagen aims to capitalize on the trend toward greener driving. EVs are a hot segment just now; witness the prominence and popularity of Tesla in this country, for example. Other major markets are becoming very conducive to EVs, particularly China, a nation in which VW has been active for years.

Meanwhile, motorsports operations tend to be relatively small and capital intensive due to the need to at least maintain pace with similar efforts from rival carmakers. So at first blush, this move looks sensible.