Shares of MercadoLibre (NASDAQ:MELI) surged 27.9% in November, according to data provided by S&P Global Market Intelligence.

The Latin American e-commerce company's stock continues to hit new all-time highs and is up more than 150% year to date. 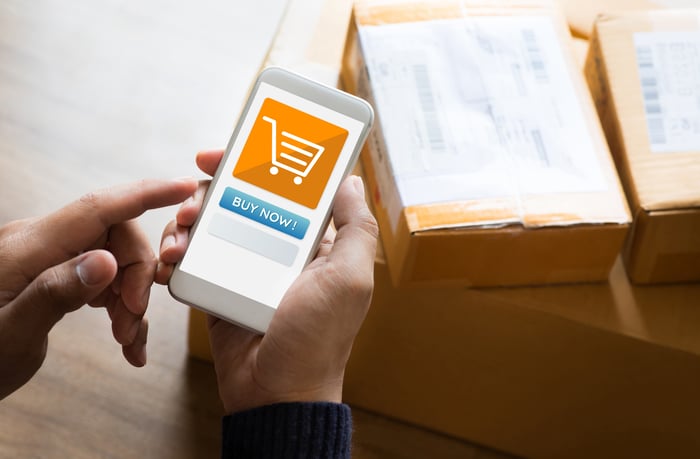 MercadoLibre announced a sparkling set of numbers during its third-quarter earnings release. Net revenue for the quarter soared 85% year over year to $1.1 billion, driven by higher e-commerce adoption, and was the highest growth rate ever recorded by the company. Net income came up to $83.1 million, reversing from a loss of $81.9 million during the same period last year.

What was more impressive though, and has longer-term implications for the business, was the growth in both the number of users, gross merchandise value (GMV), and total payment volume (TPV). These metrics reflect the growth in the use of MercadoLibre's various platforms, which strengthen its network effect.

Unique active users grew 92% year over year to hit 76.1 million, with 16.8 million being added during the third quarter alone. GMV grew by 62.1% year over year to $5.9 billion, while TPV nearly doubled to $14.5 billion from $7.6 billion a year ago. These numbers reflect the strong uptick in e-commerce and digital payment services, fueled by the ongoing pandemic.

The company continues to grow its presence in Latin America. Just a month ago, MercadoLibre obtained a license to operate as a financial institution in Brazil, a move that will help it to expand the range of credit offerings for customers. As part of its shift to become a data-driven company, MercadoLibre selected Amazon Web Services (AWS), a division of Amazon.com (NASDAQ:AMZN), as its primary cloud provider. The company is attempting to glean insights from more than 20 years of data gathered across its platforms, marketplaces, and software services, and hopes to come up with ideas that can help it to further improve customers' experiences.