You'd nearly have to live in a cave to not hear about the major advances for the leading coronavirus vaccines. Pfizer and BioNTech have already won authorization in the U.K. for their vaccine, BNT162b2, which could receive U.S. emergency use authorization within weeks. So could Moderna's mRNA-1273.

There are other companies that could be hot on their heels. AstraZeneca hopes to soon score approvals for AZD1222. Johnson & Johnson should announce interim late-stage study results for its vaccine candidate JNJ-78436735 in early 2021. Novavax anticipates reporting results from its U.K. late-stage study of NVX-CoV2373 early next year and looks forward to kicking off a late-stage study in the U.S. within the next few weeks.

It's completely understandable why these companies are the center of attention right now. However, there's also a dark horse in the COVID-vaccine race that you'll want to watch -- Arcturus Therapeutics (NASDAQ:ARCT). 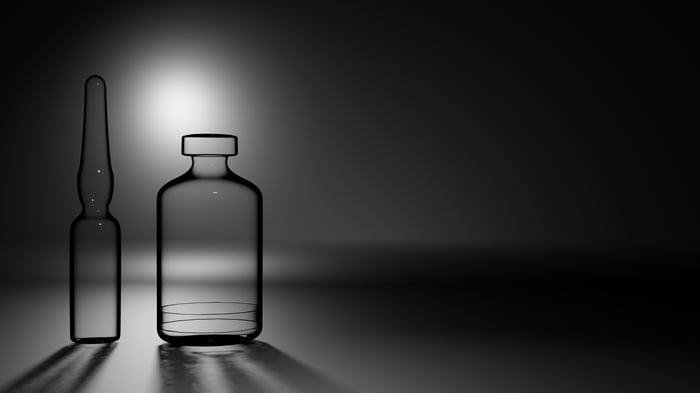 Arcturus is currently evaluating COVID-19 vaccine candidate ARCT-021 in a phase 1/2 clinical study. Yes, that puts the company well behind all of the others mentioned earlier that already have advanced their vaccines into late-stage testing. But there are three big positives for Arcturus' vaccine that make it stand out.

First, ARCT-021 uses a messenger RNA (mRNA) approach similar to Pfizer's and BioNTech's BNT162b2 and Moderna's mRNA1273. This is important because those two mRNA vaccines achieved tremendous efficacy levels of 95% and 94%, respectively. Those results bode well for the prospects that ARCT-021 will also prove to be highly effective.

Second, Arcturus' interim phase 1/2 study results show that a single dose of the vaccine could work well in preventing infection by the novel coronavirus. All of the current leading COVID vaccine candidates require two doses, with the notable exception of J&J's JNJ-78436735. This potentially gives Arcturus a significant competitive advantage if ARCT-021 fares well in late-stage testing.

Third, Arcturus expects to have a lyophilized (freeze-dried) version of ARCT-021 ready before it moves into late-stage studies. A freeze-dried powder form of the vaccine won't have the ultracold storage requirements that Pfizer's and BioNTech's BNT162b2 currently has.

The bottom line is that ARCT-021 could potentially address all of the issues associated with the leading COVID-19 vaccines. A single-dose mRNA vaccine that's highly effective and that can be stored at standard refrigerator temperatures could be a massive winner.

The rest of the pipeline

As the infomercials say, "But wait! There's more!" Arcturus also has several pipeline candidates based on its mRNA technology. If ARCT-021 proves to be safe and effective, it could translate to solid prospects for these other programs.

Arcturus is currently evaluating mRNA therapy ARCT-810 in a phase 1 study targeting ornithine transcarbamylase deficiency, a genetic disorder where ammonia accumulates in the blood and can become toxic. It hopes to advance ARCT-810 into phase 2 testing in the first quarter of 2021.

The company's pipeline includes three other preclinical programs. Two are experimental mRNA therapies targeting cardiovascular disease and cystic fibrosis. Perhaps the most intriguing of the three for investors, though, is flu vaccine candidate LUNAR-FLU. Arcturus anticipates filing for approval next year to advance the candidate into clinical testing.

Novavax has announced plans to explore the potential for developing a combo flu/COVID-19 vaccine for post-pandemic use. LUNAR-FLU potentially gives Arcturus an opportunity to follow the same path if ARCT-021 is successful.

Keep your eyes on Arcturus

It's too early to know if ARCT-021 will deliver the results in late-stage testing that Arcturus hopes it will. And it's way too early to make predictions for the rest of the company's pipeline.

However, two countries so far have seen enough promise for ARCT-021 to sign supply deals with Arcturus. Israel inked an agreement with the company worth up to $275 million. Singapore committed to purchasing up to $175 million of Arcturus' COVID-19 vaccine, if all goes well in late-stage testing.

The biotech stock has skyrocketed more than 930% so far this year. Even with this impressive gain, Arcturus' market cap is still below $3 billion. Keep your eyes on Arcturus: This dark horse could emerge as a big winner in the coronavirus vaccine race.