This wasn't an easy decision. There are quite a few stocks that are really great picks to buy right now. Biotech stocks, cloud stocks, fintech stocks, renewable energy stocks... all these categories include names that I really like and think will be big long-term winners.

But I had to narrow it down to one. While the choice was a challenging one, I finally selected a winner. This stock isn't one that tends to make headlines. Many investors have probably never even heard of it. However, there are three key reasons why my top stock to buy in December is... Innovative Industrial Properties (NYSE:IIPR). 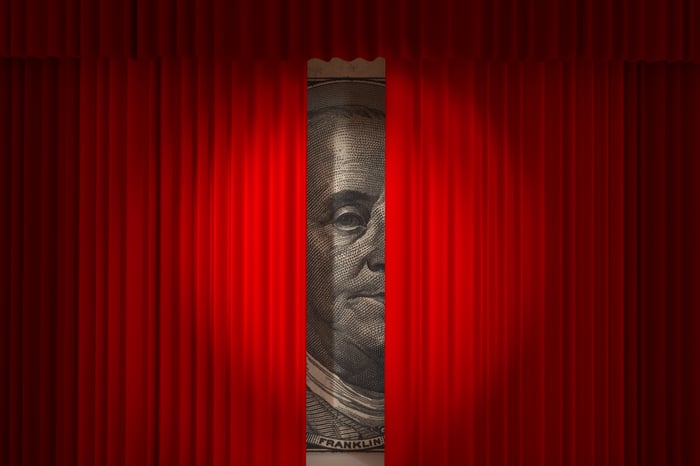 1. A repeatable business model that works

Like many investors, I view any stock that I buy as more than just a ticker and a chart. I want to buy a part of a successful business. And not just a business that has been successful in the past (although that's important). My ideal is to buy shares of a company with a repeatable business model that worked yesterday, works today, and will work years from now.

Innovative Industrial Properties fits the bill perfectly. The company's business model is about as simple as they come. IIP buys properties from medical cannabis operators then leases those properties back to the operators. It uses the money from these deals to invest in more properties.

How well has this model worked for IIP so far? Its trailing-12-month revenue is up more than 1,400% over the last three years. Earnings have skyrocketed more than 3,600% during the period. In the latest quarter, IIP's earnings more than tripled year over year while its revenue nearly tripled. Those are impressive numbers that quite frankly beat the results of many of the stocks that get a lot more attention than IIP does.

Even with its stock soaring 680% over the last three years and nearly doubling year to date, IIP's market cap stands at only around $3.5 billion. I like small-cap stocks because they tend to have more room to run. And, boy, does IIP have a lot of room to run.

I think IIP could double even sooner than that simply by focusing on the states where it currently operates. Several of them have medical cannabis markets that are still in their early stages with significant growth potential. However, there are more states where IIP doesn't own properties than those where it does.

Marijuana emerged as one of the biggest winners on Election Day. Two states voted to legalize medical cannabis, bringing the total number to 35. So far, IIP has focused solely on the medical market. If the company decides to expand into leasing recreational marijuana properties at some point, its growth prospects would increase dramatically.

IIP is even more attractive because of its tremendous dividend. The company is organized as a real estate investment trust (REIT). That means it must return at least 90% of taxable income to shareholders in the form of dividends. With IIP's earnings jumping in recent years, so has its dividend.

Over the last three years, IIP has boosted its dividend payout by nearly 370%. For the third quarter of 2020, the company increased its dividend by 50% year over year and 10% from the previous quarter.

In my view, IIP is a dividend stock that's practically a money machine. All the company has to do to keep the dividends rolling and rising is to keep adding properties and leasing them out. That's exactly what IIP's team works hard every day to make happen.

It's always a good idea to step back with a stock you really like to assess what could go wrong. With that in mind, there are two scenarios that could be problematic for IIP.

First, it's possible that federal laws could change that make it easier for cannabis operators to access traditional financial services. This could make IIP's real estate capital less attractive. Second, much larger REITs could decide to enter the cannabis market, forcing IIP to lower its lease rates to be more competitive.

My view is that both of these scenarios hinge on the Democrats regaining control of the U.S. Senate. As long as Sen.Mitch McConnell is Senate Majority Leader, I expect that he'll block any federal marijuana law changes. And until the laws change, I think it's unlikely that major REITs will move into the cannabis market.

Control of the Senate depends on the two runoff elections in Georgia. Democrats will have to win both races to gain 50 Senate seats. That would give them effective control of the chamber since Vice President-elect Kamala Harris would cast a tie-breaking vote when needed.

Will the Democrats win both run-off seats? It's possible, but I wouldn't bet on it. Let's suppose it does happen, though. Let's even say that federal laws are changed to make it easier for cannabis operators to access financial services. To take it a step further, let's assume medical cannabis is legalized at the federal level in the U.S. Even if this happens, I still think IIP will be able to deliver solid returns, albeit perhaps less spectacular gains that it would otherwise be able to generate.

My take is that IIP is poised to be a huge winner with the status quote and a pretty good winner in a pessimistic scenario. That's the kind of stock that definitely deserves to be a top pick to buy right now.