After rising more than 4% in October, shares of Plug Power (NASDAQ:PLUG) soared 89% higher in November, according to data from S&P Global Market Intelligence. The company's strong Q3 earnings report provided some lift to shares last month, but that wasn't the only thing spurring investors to act. Wall Street's strong bullish stance on the stock and the company's progress in its development of a green hydrogen network provided additional catalysts for the stock's upward movement.

While many companies saw their top lines plunge in the third quarter because of COVID-19, Plug Power was in the opposite camp. Reporting gross billings of $126 million, Plug Power recognized a 106% year-over-year increase, but that wasn't the only indication of the company's impressive performance as it also represented a company record for quarterly a gross billings. Apparently, investors should look for the company to continue seeing substantial top-line growth. During the earnings presentation, management upwardly revised its 2020 gross billings forecast to about $328 million from $310 million, and it targeted 2021 gross billings of $450 million. 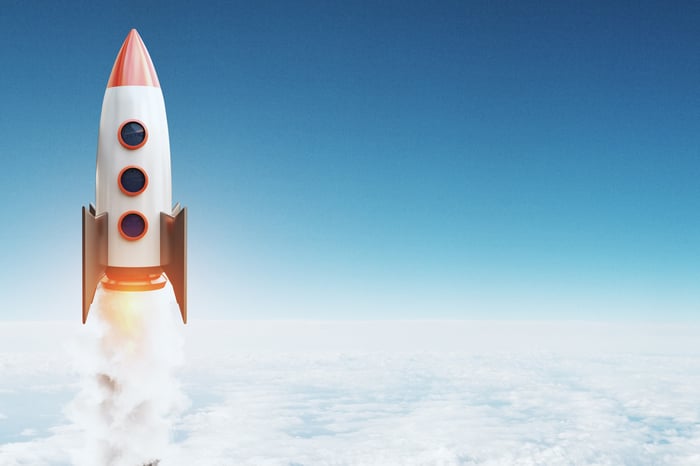 Wall Street certainly took notice of the company's Q3 report. Maintaining an outperform rating on the stock, Oppenheimer raised its price target to $23 from $13, according to Thefly.com. Additional optimism came from Craig Irwin, an analyst at Roth Capital, who raised his price target to $22 from $13. Adding to the wave of bullish sentiment, B. Riley Securities and Craig-Hallum raised their price targets to $24 from $18 and to $26 from $14, respectively.

Another factor contributing to investors' found ebullience last month was the company's progress on its development of its green hydrogen network. On Nov. 24, Plug Power announced that it had closed on the "largest capital raise" in its history: approximately $1 billion (the exact amount which the company raised wasn't reported). The influx of cash -- the result of the company issuing about 44 million shares of stock -- will help the company to execute its plan of developing five regional green hydrogen facilities in the U.S. Plug Power expects all five facilities to be operational in 2024.

Although Plug Power's third-quarter earnings report enthused shareholders, it's important to note that the company continues to bleed cash. Therefore, renewable energy investors drawn to Plug Power should not only confirm that the company achieves its raised 2020 revenue guidance when it reports Q4 earnings, but they should also check to see if the company improves over its 2019 earnings and cash flow performances: a net loss of negative $85.5 million and operational cash flow of negative $51.5 million. The inability to organically generate cash will surely leave the company returning to the debt and equity markets for capital in 2021, subjecting shareholders to further dilution -- just as they had suffered in late November.