Walt Disney (NYSE:DIS) and Hilton Worldwide Holdings (NYSE:HLT) have businesses that were heavily affected by the COVID-19 pandemic. While Disney is a media conglomerate, its operations relating to live sports, movies, retail stores, theme parks, and cruises have all been hurt by the virus. Hilton's business has been hurt by decreased lodging, as recreation and business travel ground to a halt.

While no one knows what will happen with the virus, there has been some positive data regarding a COVID-19 vaccine. Still, right now cases are skyrocketing. It's no wonder why both stock prices, with Disney up 5% and Hilton down 4%, trail the S&P 500's 13% return this year.

But one company has certain qualities that make it a better investment right now. 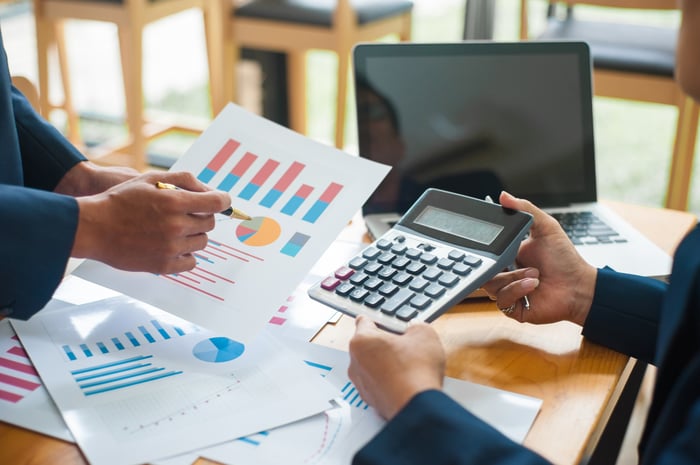 Is this the happiest place?

Disney has a wide-ranging media empire. There are popular networks including Disney, ESPN, and ABC. Of course, its ever-popular theme parks across the globe are under its umbrella. Disney's studios include its namesake, Twentieth Century Fox, Marvel, Lucasfilm, and Pixar, which have produced a host of popular content. While certain operations, such as its parks and studio entertainment businesses, felt the pandemic's impact more than others, Disney benefits from having diversified businesses.

In the company's fiscal fourth quarter (ended Oct. 3), revenue fell by 23% versus a year ago to $14.7 billion. It was able to mitigate the weakness at the aforementioned with its network division and, even more notable, the company's direct-to-consumer business, performing well. The latter's revenue rose by 41% to $4.9 billion. This includes its increasingly popular Disney+ streaming service, which it launched in November 2019, and has 74 million paying subscribers.

In fact, Disney is able to use this service to bypass theaters, which is good since many operators closed due to the virus. It released Mulan earlier this year, and Pixar is putting Soul right on to Disney+.

Certain Disney businesses may feel the pinch, but these are too strong to stay down forever. For instance, people will visit Disneyland and its other parks once they are fully open for business and they feel comfortable among crowds.

Should you book a stay?

Hilton has its brands skewed toward the higher end of the market. These include the Waldorf Astoria, Hilton, DoubleTree, Hilton Garden Inn, and Hampton. However, rather than owning the properties outright, it either franchises or enters into management contracts for the majority of them.

Under its franchise arrangement, franchisees pay Hilton an upfront fee and then an ongoing monthly payment based on a percentage of the property's revenue. With the management agreements, Hilton operates the property and the owner pays the company a fee based on the unit's monthly revenue plus a potential incentive fee that is a portion of the operating profit.

Since Hilton doesn't own the assets, it doesn't have to shell out money to run the hotels or to fix them up. However, the company's results are clearly tied to revenue, so Hilton is affected by travel slowdowns, such as from economic downturns and the pandemic.

With the virus still crimping travel and social distancing guidelines remaining in place, its third quarter revenue dropped more than 60% versus a year ago to $933 million. While virtually all of its properties were open last month, management warned that many local authorities are reimposing restrictions.

While Hilton operates brands with strong reputations, the virus and the economic fallout create too much uncertainty as to when its results will turnaround. On the other hand, Disney, with its diverse assets, including the ever-popular streaming service, creates a more compelling opportunity right now.