Lagging the market through the first 10 months of the year, shares of FuelCell Energy (NASDAQ:FCEL) plunged more than 20% (to the chagrin of shareholders) while the S&P 500 inched about 1.2% higher. Then November came, a month in which the stock soared 410%, according to data from S&P Global Market Intelligence.

Investors unfamiliar with fuel cell stocks would likely surmise that the movement in FuelCell Energy's stock last month stemmed from the company making several auspicious business announcements. Those who track fuel cell stocks, however, will be unsurprised to find that this wasn't the case at all. FuelCell Energy had no news to report. Instead, the stock's movement was reflecting the recent fervor surrounding fuel cell stocks. 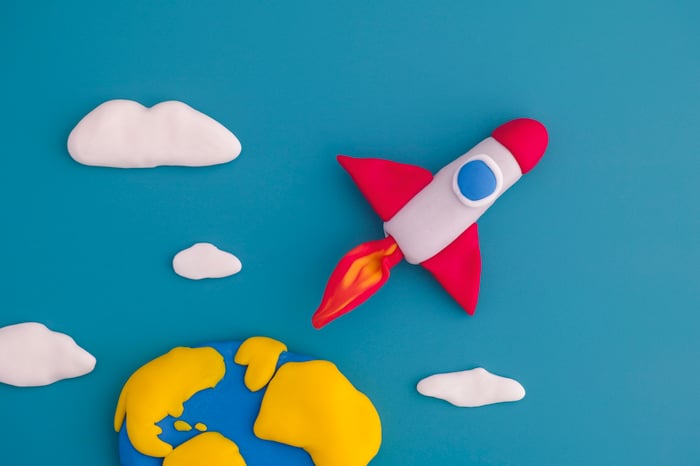 Without FuelCell Energy reporting any news itself, investors sent the stock on its meteoric rise last month as they saw encouraging signs from one of the company's leading peers, Plug Power (NASDAQ:PLUG), whose stock also soared in November. Unlike the case with FuelCell Energy, however, there were concrete reasons Plug Power's stock jumped, including its third-quarter earnings report and a massive capital raise, so investors hungry for renewable energy stocks likely interpreted Plug Power's positive news as a sign that fuel cell stocks writ large were a compelling opportunity.

Moreover, investors may have been moved to act when they compared the stock prices of Plug Power and FuelCell Energy and (mistakenly) concluded that FuelCell Energy was a better buy due to its cheaper price tag. 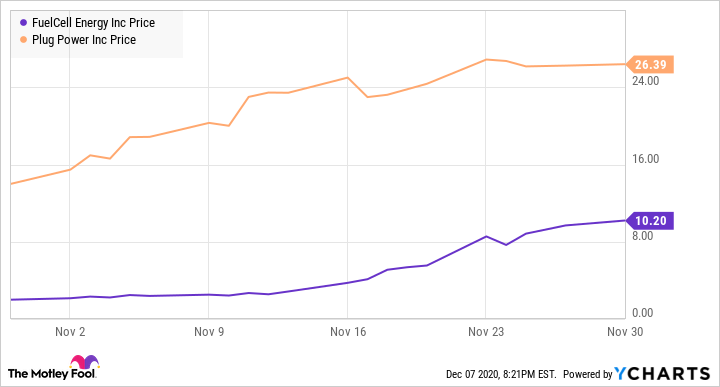 But it wasn't only Plug Power that inspired investors to pick up shares of FuelCell Energy; global interest in the hydrogen economy continues to grow. For example, the International Energy Agency (IEA) recently released a report in which it forecast that renewable energy will become the largest global power source in the next five years. In addition, the IEA estimates that the cost of hydrogen production from renewable energy sources (or "green" hydrogen) can fall as much as 30% over the next decade -- a hopeful sign for growing adoption of fuel cell solutions.

It's likely that additional positive business announcements from Plug Power (or other peers) may spur investors to grab more shares of FuelCell Energy in the near future, but smart growth stock investors know that a sound investment thesis is predicated on much more than this. Consequently, until FuelCell Energy proves it can generate a profit or positive cash flow, the stock should only remain on the radars of investors with the highest tolerance for risk.