Activision Blizzard (NASDAQ:ATVI) is ending 2020 with a bang, or rather an Elemental Blast. The company announced Tuesday that its latest wide release, World of Warcraft: Shadowlands, has become the fastest-selling video game in the admittedly brief history of the medium. All told, the latest installment in the sword-and-sorcery series has racked up over 3.7 million in worldwide unit sales as of its Nov. 23 general release.

World of Warcraft is a massively multiplayer online role-playing game, or MMORPG, that launched in 2004.

Activision pointed out that the new WoW title eclipsed its own Diablo III game, which held the previous record at more than 3.5 million. That title's release cycle began in 2012. 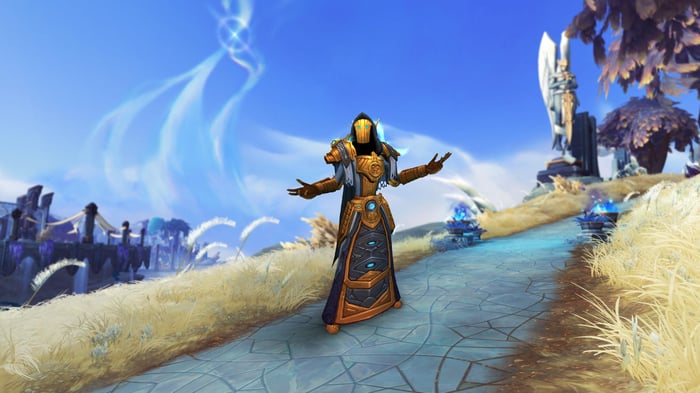 The company added that the time players have spent in Azeroth (the virtual online world that's home to the series) has also reached a new all-time high on a year-to-date basis.

According to Activision, the introduction of new elements to that world has helped drive engagement. "It's been a huge thrill to enter this whole new dimension of the Warcraft universe together with millions of players around the world," Blizzard Entertainment President J. Allen Brack said. "It's been equally rewarding to see players enjoying all of the new features and content in Shadowlands."

The title is part of a one-two punch of big game releases for Activision in the waning days of 2020. It launched Call of Duty: Black Ops Cold War, a new title in its long-standing first-person shooter series. Last week, the company said that the game boosted total net bookings in the Call of Duty universe to more than $3 billion over the past 12 months.