Please ensure Javascript is enabled for purposes of website accessibility
Free Article Join Over 1 Million Premium Members And Get More In-Depth Stock Guidance and Research
By Evan Niu, CFA - Dec 8, 2020 at 10:00AM

Food-delivery giant DoorDash is set to hit the public markets this week after boosting its expected pricing range to $90 to $95. That would give the company a lofty valuation of $28.6 billion to $30.2 billion. Like many gig-economy businesses that rely predominantly on contract drivers, there are concerns around DoorDash's ability to ever generate consistent profits, particularly since the booming demand for food delivery during the COVID-19 pandemic may subside as vaccines become available in the months ahead.

One investment group is now bashing the company and its corporate governance structure. 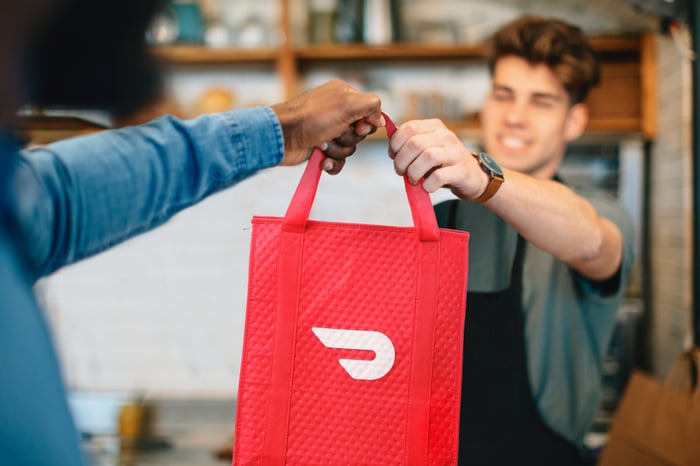 CtW Investment Group, which works with pension funds that are sponsored by unions and seeks to hold corporate boards accountable for unethical practices, has sent DoorDash's board a scathing letter. CtW is primarily concerned with the company's plan to adopt a dual-class voting structure that will consolidate voting power among DoorDash's founders.

Dual-class voting structures are nothing new in the technology sector and have only grown in popularity over the past two decades as insiders look to retain voting control, undermining the interests of public shareholders and degrading corporate governance.

In DoorDash's case, co-founders Tony Xu, Andy Fang, and Stanley Tang hold Class B shares that are entitled to 20 votes per share. Furthermore, Fang and Tang intend to grant Xu, who currently serves as CEO, irrevocable proxy over their votes. The net result is that Xu will singlehandedly wield 79% of total voting power. That's even more than the 58% voting power Mark Zuckerberg wields at Facebook, often considered one of the most egregious examples of outsize founder control.

CtW criticizes the arrangement, deriding it as giving Xu an "extraordinary degree of control for a single individual who will personally own only about 2.6% of shares outstanding." The investment group also notes that DoorDash has identified a material weakness in its internal financial reporting controls that it has not yet rectified, which doesn't inspire a lot of investor confidence.

Additionally, using a dual-class voting structure will "prevent the company from being included in multiple major indexes compiled by S&P, including the S&P 500." The index provider had adjusted its methodology in 2017 to exclude companies that have multiple share classes after Snap made the unprecedented move of giving public investors no votes whatsoever.

CtW also points to the tipping controversy from last year as evidence that DoorDash is "unready for the public markets." The company faced widespread backlash following accusations that it used tips to subsidize payments to drivers, known as Dashers, instead of paying out that cash directly. DoorDash changed its policy in response to the criticism.

Some companies that use dual share classes include time-based sunset provisions that at least set a timeline for adopting the traditional structure of one class with one vote per share. CtW urges the board to adopt such a provision, suggesting a time frame of three, five, or seven years.