GrowGeneration (NASDAQ:GRWG) stock has been on fire for much of 2020. If you bought $1,000 worth of shares at the beginning of the year, that investment would have almost $7,000 as of Dec. 8, far outperforming the S&P 500's 14% return during the same period.

That makes it the best performing marijuana stock of the year, despite the fact that the company does not even come into contact with marijuana plants. Instead, GrowGeneration performs the boring (yet highly lucrative) job of supplying pot growers and gardeners with the necessary equipment they need to make money. Today, let's look at three reasons why GrowGeneration stock made investors so rich in 2020 and why its momentum is likely to continue into next year. 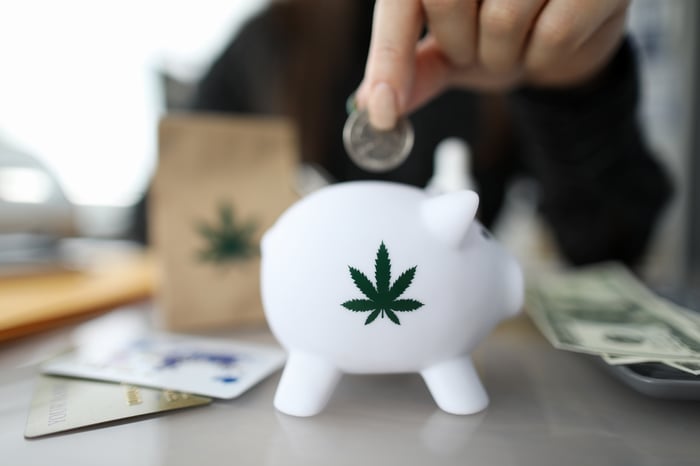 During its third quarter of 2020, GrowGeneration, which runs the nation's largest chain of specialty hydroponic and organic garden centers, grew its sales by a stunning 153% year over year to $55 million. At the same time, it increased its earnings per share by 133% to $0.07. The company has less than $1 million in long-term debt, compared to more than $56 million in cash and investments.

By 2021, GrowGeneration expects to generate up to $300 million in revenue and $36 million in operating income less non-cash expenses (EBITDA). That's a significant increase over the $190 million in sales and $20 million in adjusted EBITDA it expects to bring in this year.

There's more good news in the form of business expansion. Last month, GrowGeneration announced the acquisition of its second-largest competitor, The GrowBiz, for $26 million in cash and stock. The GrowBiz generates close to $50 million per year in revenue. This deal would expand GrowGeneration's store count to 36 across 10 states. The acquisition looks especially well-timed in light of the recent U.S. election, after which the effects of a Green Wave sweeping the country became even clearer.

Right now, there are 15 states (plus D.C.) that have legalized recreational cannabis, and an additional 36 states that allow the drug for medical use. The U.S. legal marijuana market could grow at a compound annual growth rate (CAGR) of 20% per year for the next decade as more states join the legalization bandwagon, according to Green Thumb Industries. If the drug is federally legalized, that market could be worth as much as $100 billion per year.

Plans to turn this into a reality seem to be moving forward. The incoming Biden administration has hinted that it will take steps to decriminalize the drug's use on a federal level. If that happens, those who possess of small amounts of marijuana will not be as severely penalized. But mass transport of the drug across state lines would still be banned, and that makes it harder for growers do business and cuts down on their margins.

On the other hand, should federal legalization take place down the line, then GrowGeneration could scale its business dramatically by having a just few hydroponic stores near big growers' centralized production facilities. But its business may endure disruptions but larger suppliers if it does not establish a strong enough foothold by that time.

In addition to supporting big producers, states are also giving people the right to grow cannabis plants at home. One of the biggest opportunities for the company lies in its California operations, where individual adults are permitted to grow up to six marijuana plants. California represents a vast consumer base for GrowGeneration, which could supply hundreds of thousands of growers with the tools, equipment, and fertilizer to achieve their pot-growing goals.

Sometimes, bad publicity is better than no publicity at all.

Back in August, prominent short-seller firm Hindenburg Research published a report alleging that the company's CEO, CFO, and auditing firms had ties to misconduct among past business dealings. After the report went public, GrowGeneration stock fell by nearly 40% from its previous highs. As of now, about 20% of GrowGeneration's stock is sold short.

However, the report also attracted a large number of investors who previously had never heard of the mid-cap ancillary cannabis company and bought the dip on its shares. Not only has the stock recovered all of its losses, but it broke to new all-time highs with an impressive gain of 125% over the past three months.

As it turns out, none of the allegations made by Hindenburg relates to management's handling of GrowGeneration's current operations. In addition, the firm concedes that the company's sales are in fact booming via independent channel checks on its stores.

Perhaps most critically, the entirety of the short thesis seems to rely on that GrowGeneration's revenue increase depends on a one-time surge in gardening due to isolation measures caused by the COVID-19 pandemic. That's arguably a fair point. However, what's missing is that the continued growth of the U.S. marijuana industry would likely pick up GrowGeneration's sales where the pandemic has left it. At the moment, cannabis retail sales in many states are reaching new all-time highs quarter after quarter.

GrowGeneration is currently trading at 10 times revenue, which is a great price to pay for a company that's projected to increase its sales by over 50% and nearly double its EBITDA within the next year. For marijuana investors looking for a great growth stock trading at a reasonable price, GrowGeneration isn't a pot stock to pass up.