Please ensure Javascript is enabled for purposes of website accessibility
Free Article Join Over 1 Million Premium Members And Get More In-Depth Stock Guidance and Research
By Adam Levine-Weinberg - Dec 9, 2020 at 8:22AM

The delay isn't exactly good news, but it isn't very material to the long-term investment case for Ford, either.

The first customers for the highly anticipated revival of Ford Motor Company's ( F -3.67% ) Bronco won't be getting the off-road SUV as soon as they had hoped. Last Friday, Ford confirmed that the 2021 Bronco won't arrive until next summer, because of pandemic-related supplier problems. This compares to the initial plan for a spring launch. But while this is an unfortunate speed bump, it doesn't seem like a very big concern for Ford shareholders.

Not much of a delay

The announcement that 2021 Ford Bronco deliveries will be delayed may be a case of managing expectations. While Ford says that the first deliveries have been postponed from spring to summer, the Bronco was originally scheduled to reach customers in June 2021. A delay from spring to summer could amount to as little as a one-month shift in delivery timing.

There are other reasons to believe that the delays may be modest. Ford had intended to allow Bronco reservation holders to start placing orders this past Monday. Now, it plans to start taking orders in January: just one month behind schedule. Furthermore, the suppliers that are causing the delays make the Bronco's removable tops, according to The Detroit Free Press. The silver lining is that since they are all removable, Ford can ramp up vehicle production as planned and put the tops on later. 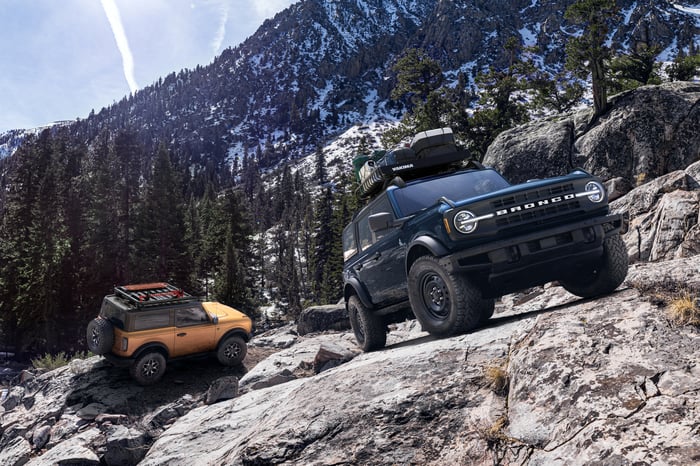 Ford executed poorly on the launch of the all-new 2020 Ford Explorer last year. Ford had to ship thousands of Explorers from the assembly plant to another facility for rework to fix quality lapses. This led to big delays and added costs. It's only natural that some Ford shareholders would worry about a repeat of this fiasco. Investors should keep an eye on things, but for now, the Bronco production delays appear to be fairly minor.

The significance is mostly symbolic

It's also important to remember that the Bronco is a relatively small part of the Blue Oval's turnaround plan. Ford will produce the Bronco at its Michigan Assembly Plant. The factory can churn out more than 200,000 vehicles a year, but about half of its capacity is devoted to the Ranger midsize pickup. Thus, the Bronco is likely to be a fairly low-volume product for an automaker that delivered over 2.4 million vehicles in the U.S. last year.

Indeed, Ford expects the smaller Bronco Sport to outsell its larger sibling, although it will probably be less profitable to produce than the full-size Bronco. Production of the new 2021 Ford Bronco Sport appears to be ramping up smoothly. Ford built more than 8,000 during November, up from fewer than 1,000 in October. It also delivered the first handful to customers last month.

Moreover, the significance of the Bronco and Bronco Sport launches pales in comparison to the launch of the next-generation 2021 F-150. The two assembly plants that build the ultra-profitable F-150 can together churn out more than 60,000 a month when operating at maximum capacity. By contrast, they built an average of fewer than 20,000 trucks per month in October and November, because of downtime related to the production changeover and a slow ramp-up in production of the new models. Ford's ability to get F-150 production back to normal levels will have a far greater impact on its earnings and cash flow than anything else in the near term.

Ford stock has more than doubled since bottoming out in late March. Despite the pandemic's negative impact on the business, Ford's share price is roughly back to where it started 2020. 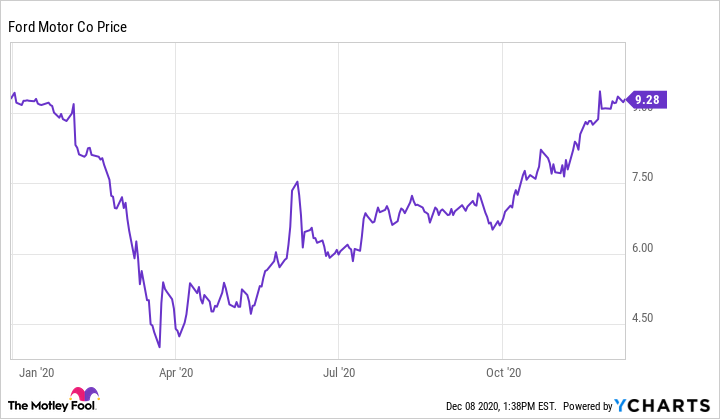 There could be plenty more upside for Ford shareholders if the company achieves its margin and cash flow goals. Realistically, though, that's not going to happen in 2021. The company still has plenty of work ahead to restructure its operations outside of North America. Meanwhile, in its home market, it will take a while for all of Ford's recently launched new products to hit their stride.

By 2022, the new F-150 should be churning out huge profits, while new products like the Bronco, Bronco Sport, and Mustang Mach-E will be coming into their own. The savings from Ford's restructuring moves outside the U.S. will continue to build over the next two years, too. A delay of a month or two for the Bronco launch shouldn't impede Ford's efforts to drive strong earnings and cash flow growth in 2022.